Welcome to the Bureau of Reclamation California-Great Basin 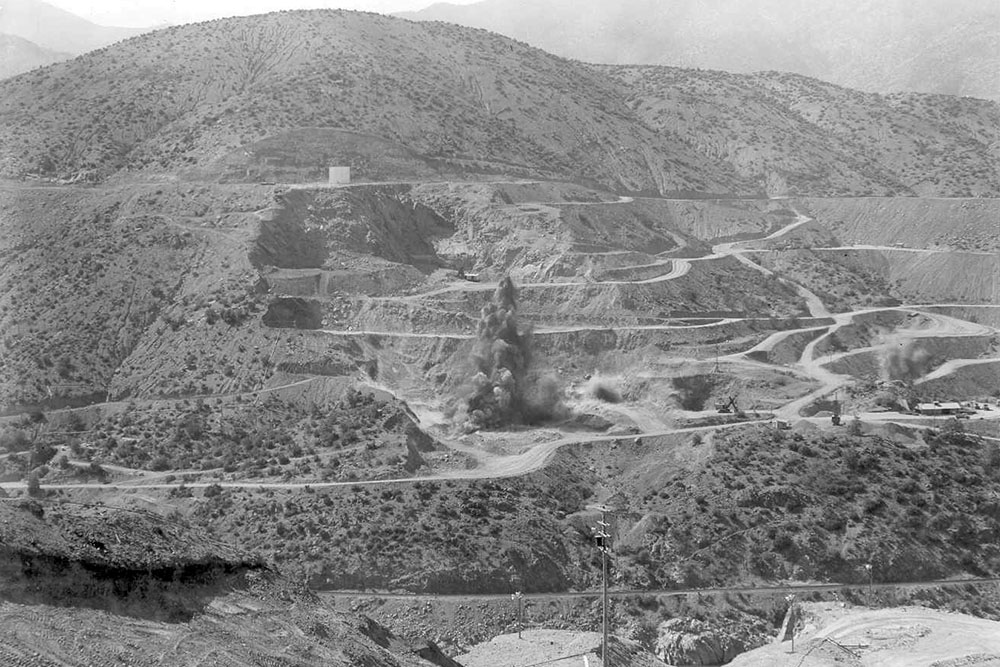 Construction on the dam began Aug. 21, 1938, by Pacific Constructors Incorporated. Frank T. Crowe headed up the massive project as construction superintendent. For nearly two years the emphasis was on clearing and excavating the dam site, preparing for the massive amount of concrete that was going to be placed. Millions of tons of rock were excavated, getting down to solid foundation bedrock. Once concrete placement began July 8, 1940, it continued day and night for four and one-half years. 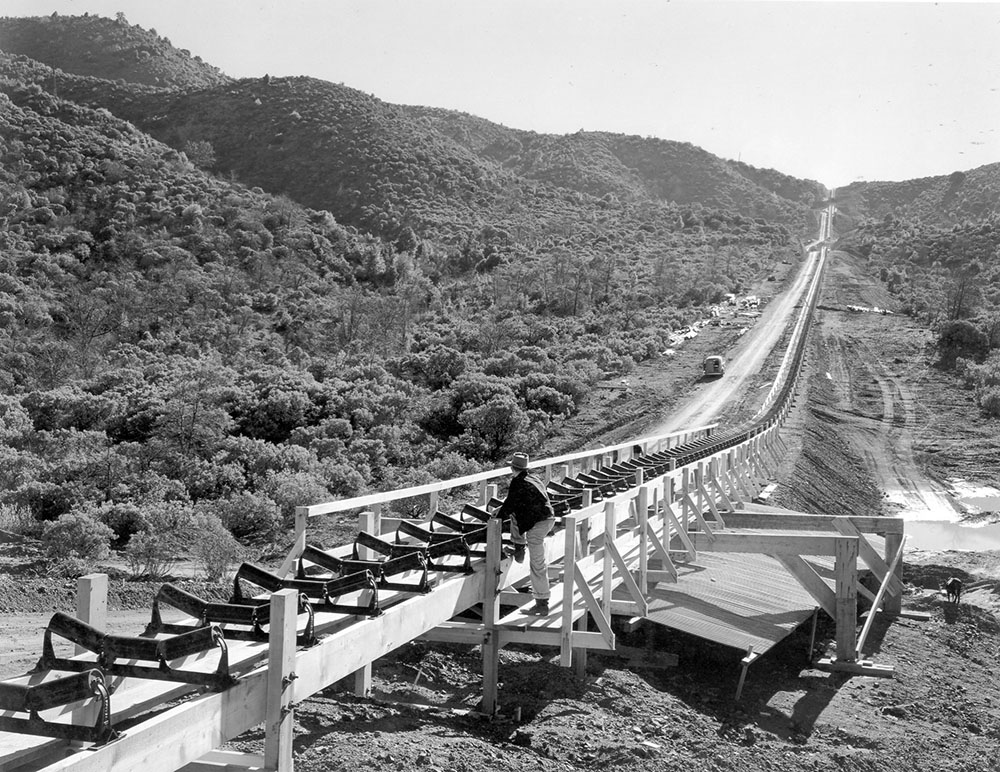 A total of 12 million yards of aggregate was gathered from a location near the Sacramento River in downtown Redding. All the gravel was delivered to stockpiles near the dam site using a conveyor belt. The belt, manufactured by the Goodyear Tire Company, was the world's longest at 9.6 miles long. 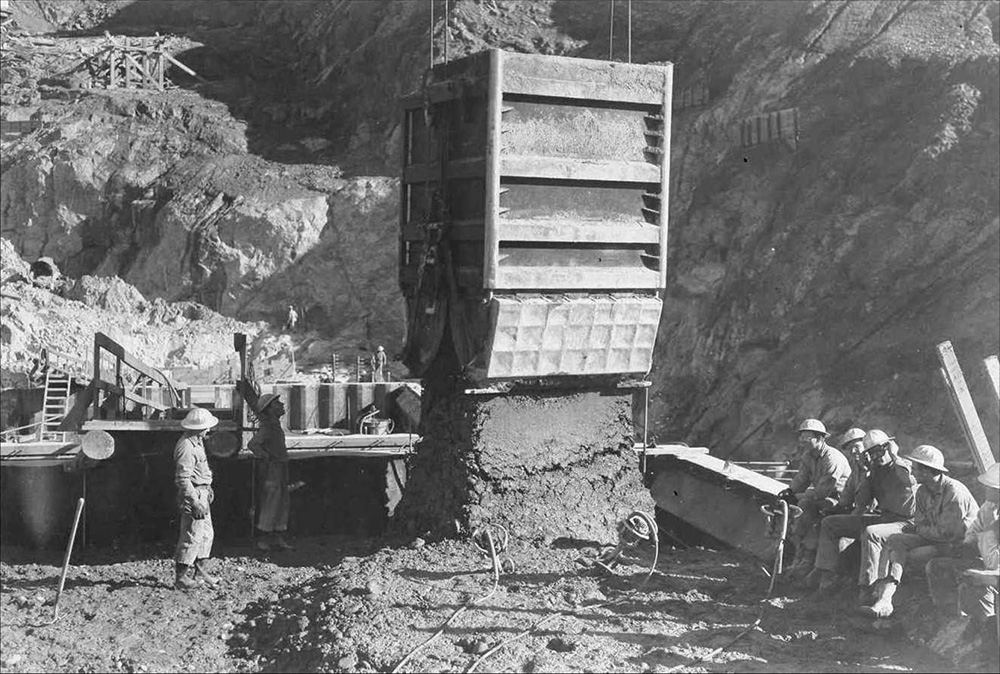 Concrete was placed in large forms, each 50 X 50 feet and 5 feet deep. Freshly mixed concrete was delivered to waiting blocks using 8-cubic yard steel buckets suspended from a cableway system used to efficiently move huge amounts of concrete to waiting crews. As concrete was placed in each of these blocks, cooling pipes were added to help with the curing process. In order to keep expansion of the concrete to a minimum during the initial phase of curing, cold water was circulated through these pipes, keeping the blocks cool. After the initial curing, the water was replaced with grout to fill in the pipes, and construction on the next block above was able to begin. There are thirteen hundred miles of these pipes left in the dam today. 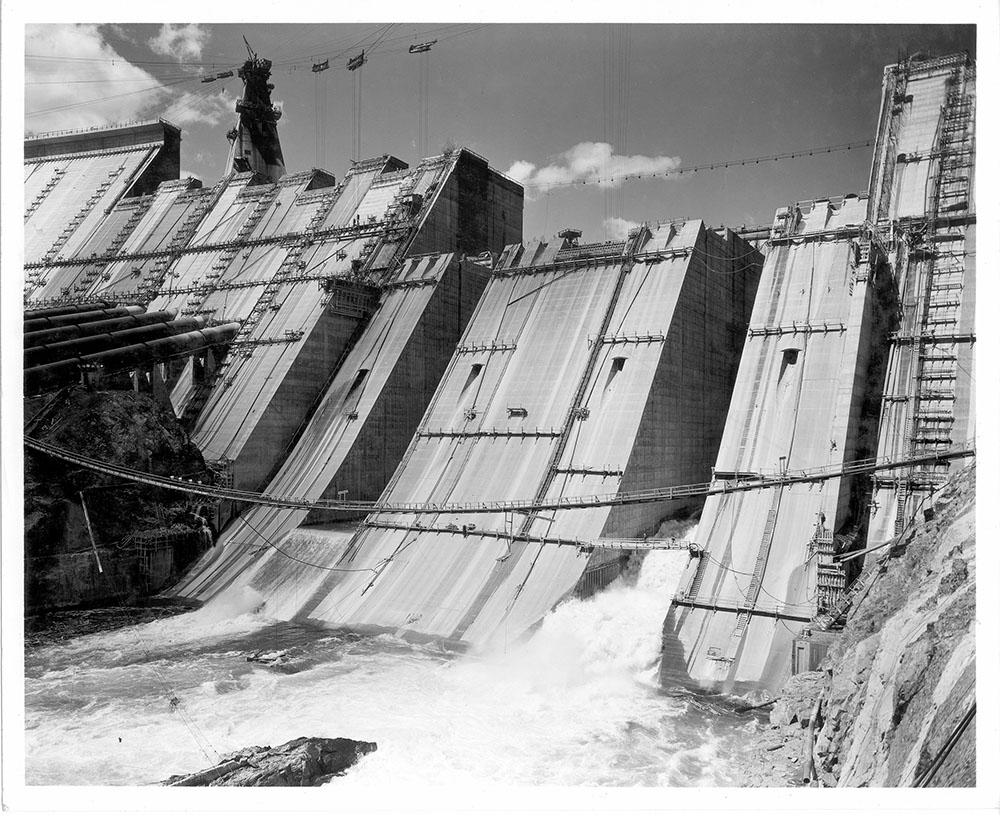 The abutments, or sides of the dam, were started first, and completing the dam was the massive center spillway. Shasta Dam's spillway is not only impressive to look at, but does an important job as well. Its main function is to help maintain and manage lake levels for flood control, as well as guarantee water releases with the option of bypassing the power plant if needed. 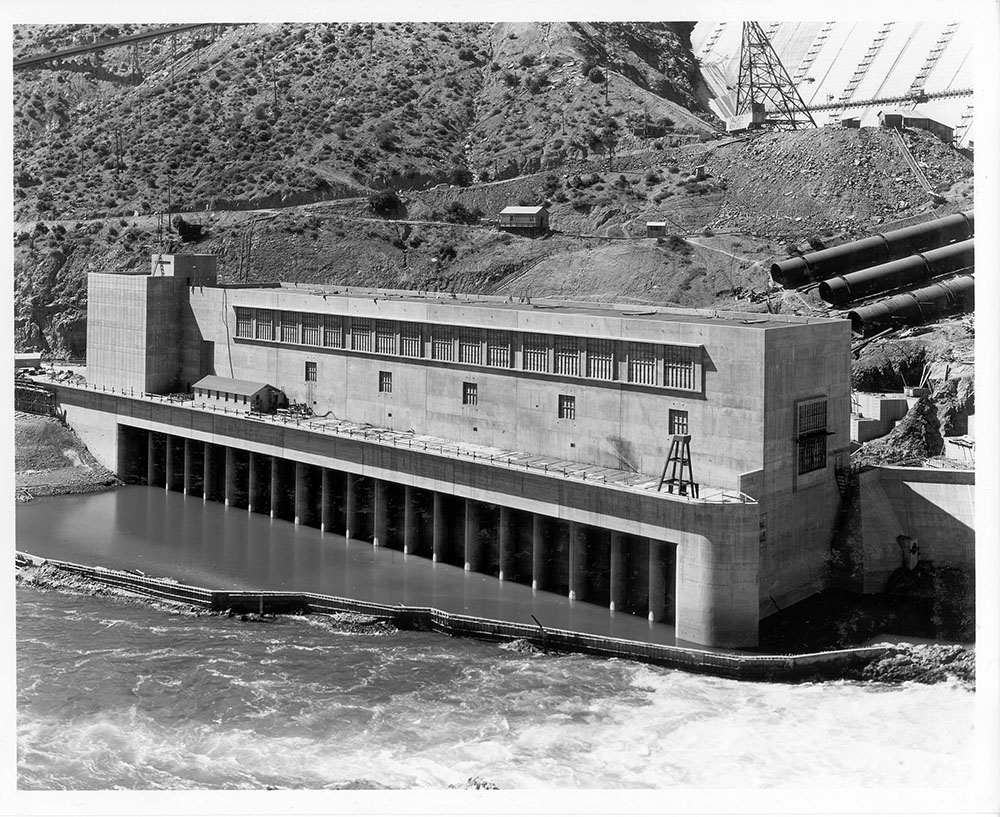 During World War II, power generation became a critical need for the war effort, and workers building Shasta Dam knew the importance the power plant would play in winning the war. As a result of the dedication and hard work of thousands of workers, Shasta Power Plant was put in service in 1944, and the dam completed in 1945 -- 22 months ahead of schedule.
Last Updated: 8/16/21