There are four initial storage units built as part of the CRSP: 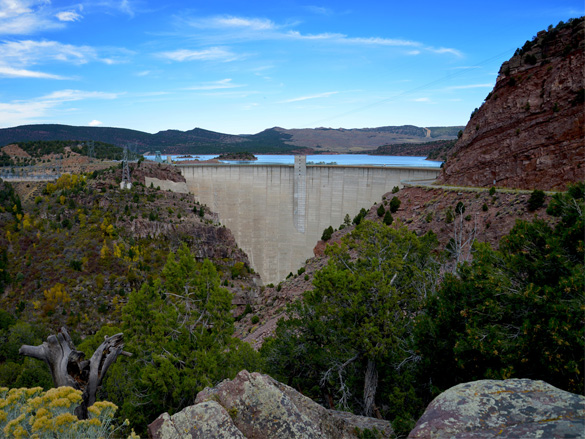 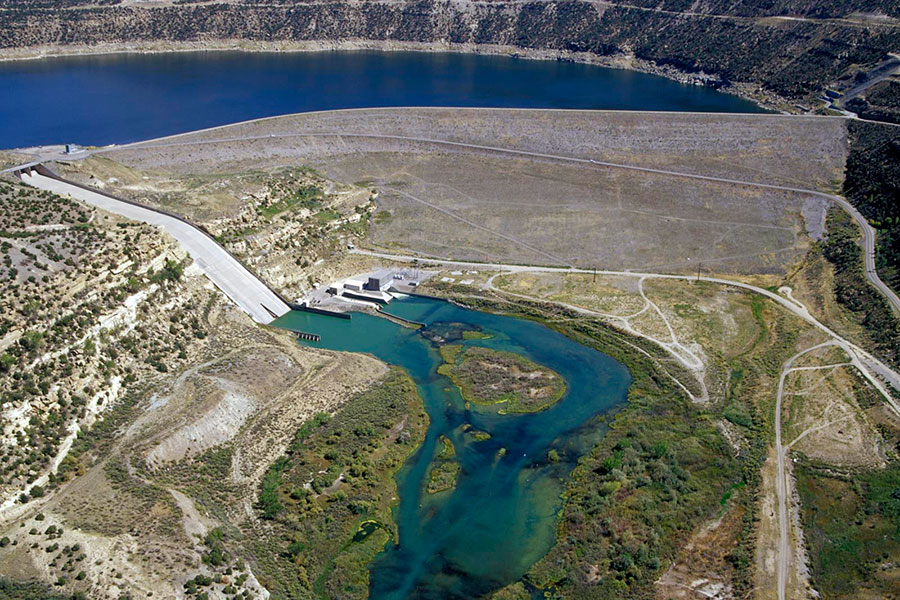 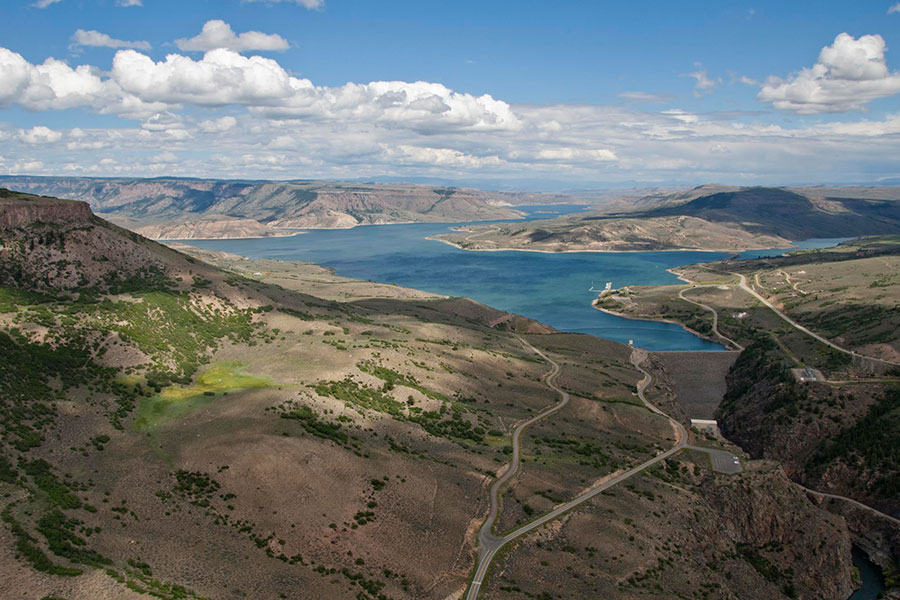 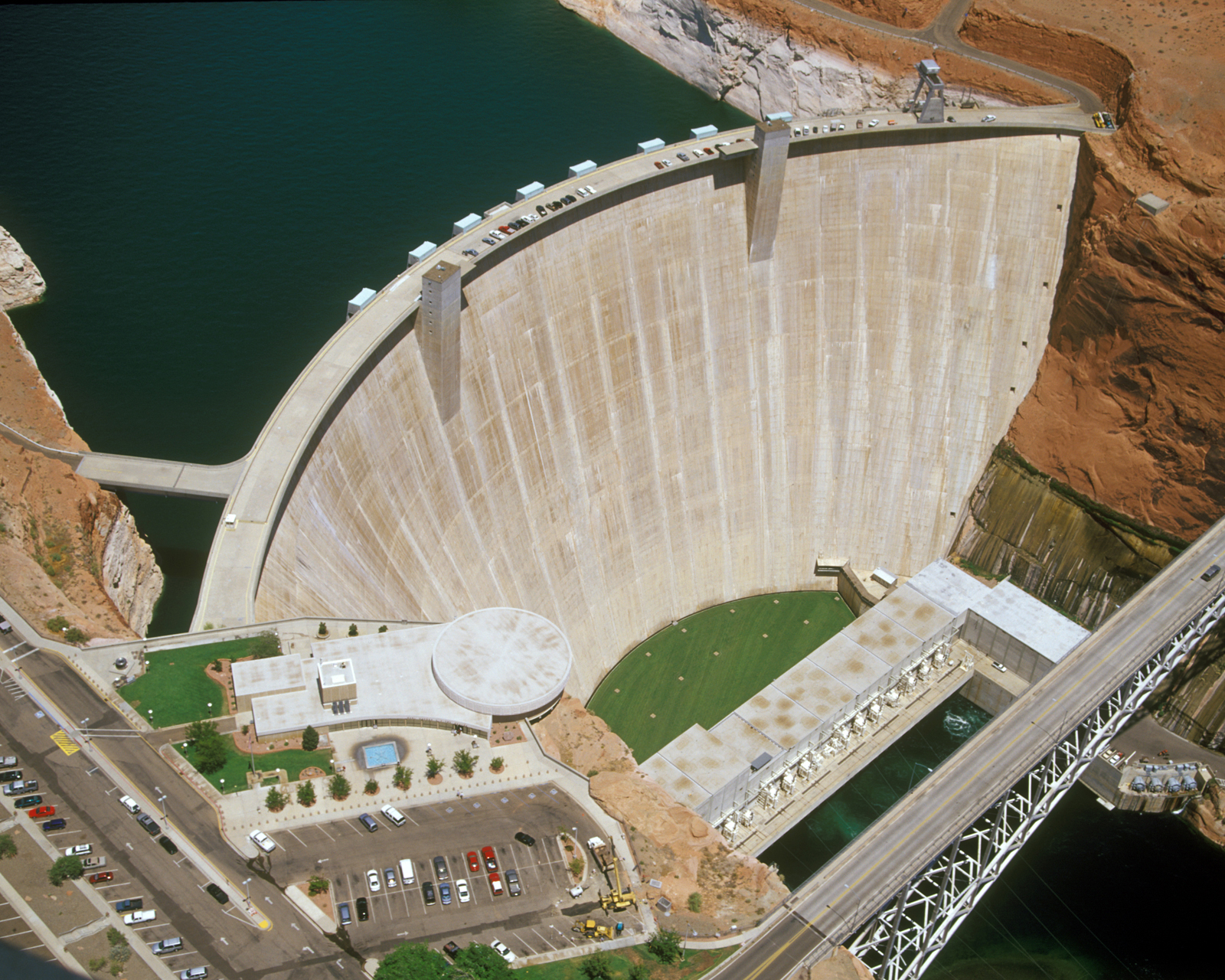 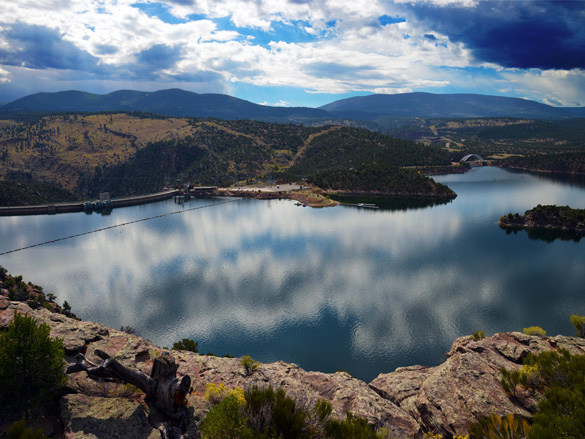 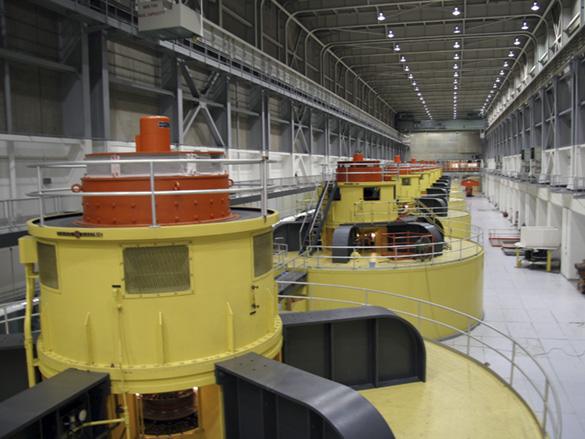 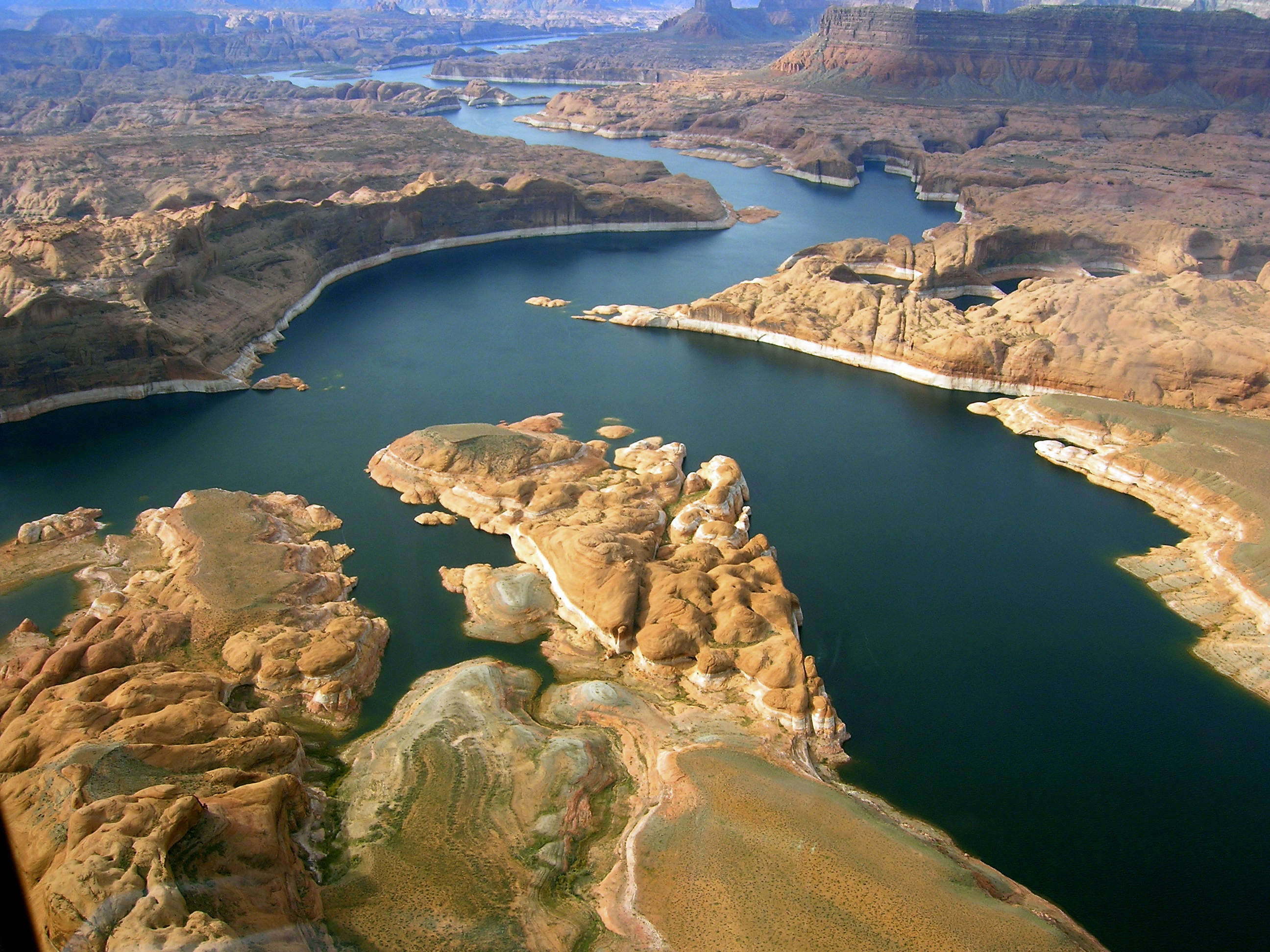 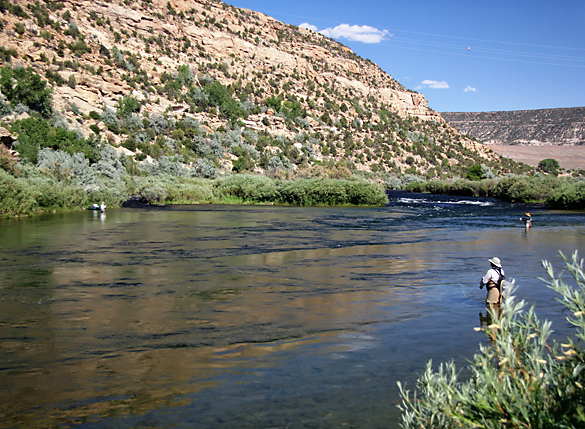 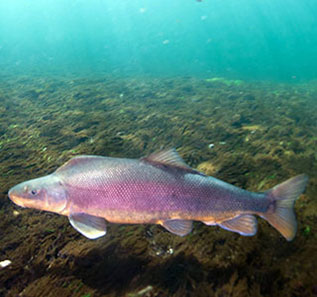 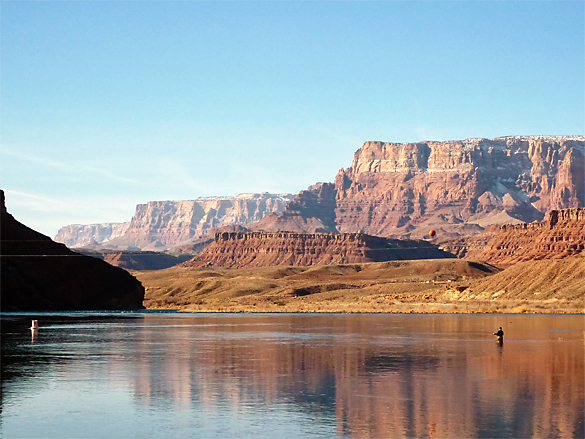 Fly fishing on the at Lees Ferry, Colorado River 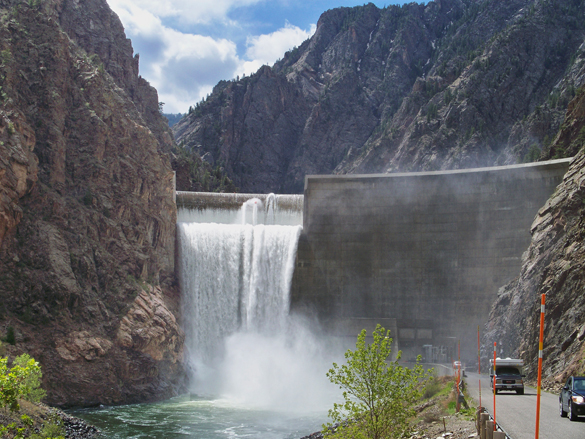 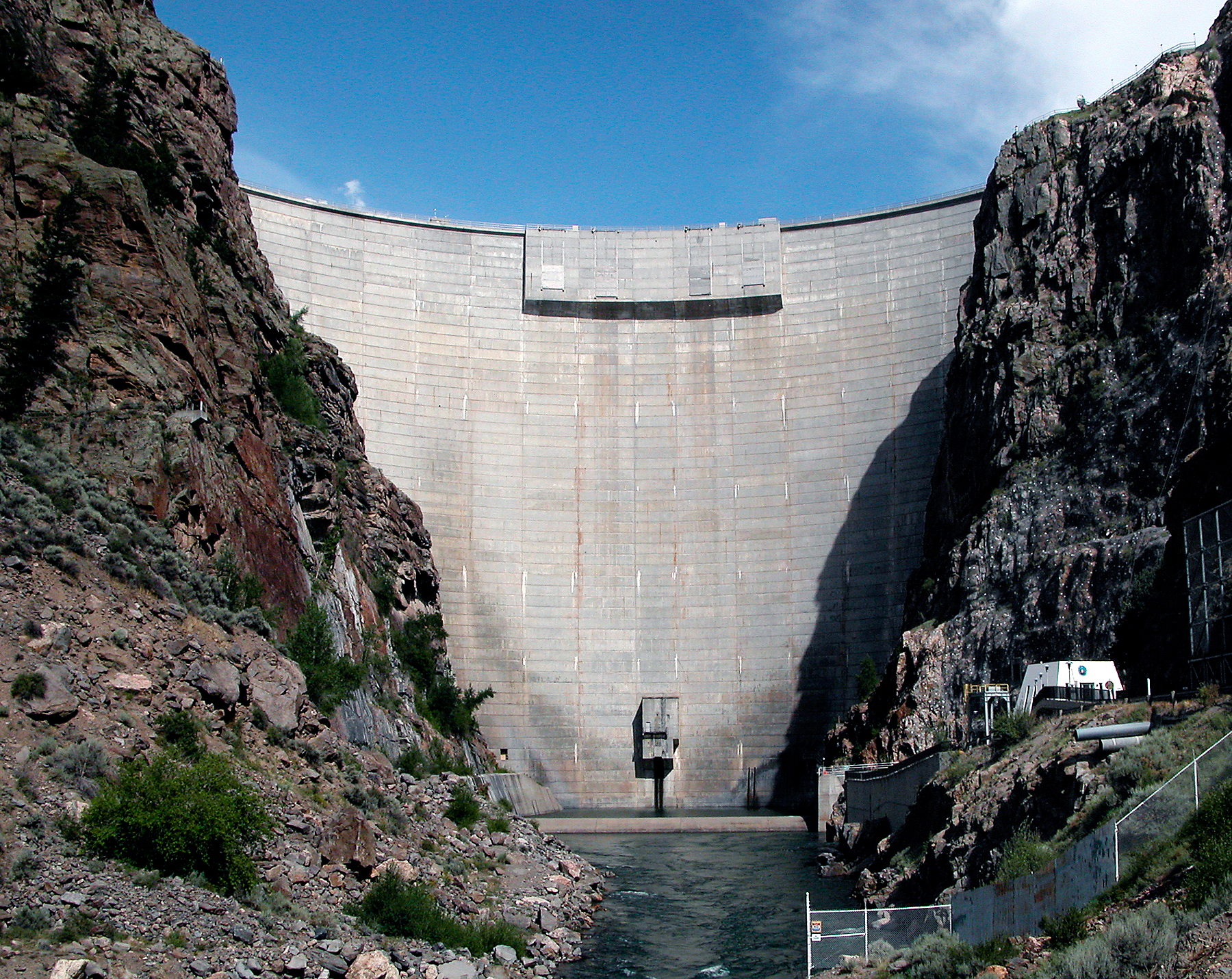 Morrow Point, Wayne N. Aspinal Unit, Colorado
and a number participating projects (16 of which have been completed or are in process of completion). The purposes of the CRSP identified in the 1956 act include regulating the flow of the Colorado River, storing water for beneficial consumptive use, providing for reclamation of arid and semi-arid lands, providing flood control, and generating hydropower. The CRSP also provides for recreation and improves conditions for fish and wildlife.

During the 1960's and 1970's, public concern over the environment resulted in new federal environmental laws. The enactment of the 1969 National Environmental Policy Act, the 1973 Endangered Species Act, and the 1992 Grand Canyon Protection Act outlined new requirements for the protection and enhancement of fish, wildlife, and the environment. Administration of these laws has modified the operation of CRSP facilities.

The dams of the CRSP main storage units have a combined live storage capacity of 30.6 million acre-feet and power generation capabilities to provide over five billion kilowatt-hours of energy annually. Glen Canyon Dam is the largest of the CRSP facilities and is the key unit for controlling water releases to the Lower Basin. In 1970, the Criteria for Coordinated Long-Range Operation of Colorado River Reservoirs (Operating Criteria) was established to provide for the coordinated operation of reservoirs in the Upper and Lower basins and set conditions for water releases from Lake Powell and Lake Mead. In accordance with the Operating Criteria, an objective release of 8.23 million acre-feet per year is targeted for downstream delivery.

The multipurpose CRSP has not only been integral to the development of the arid West, it has also played a vital sustaining role through extended periods of drought. The many benefits provided by the CRSP are essential to life in the West today. 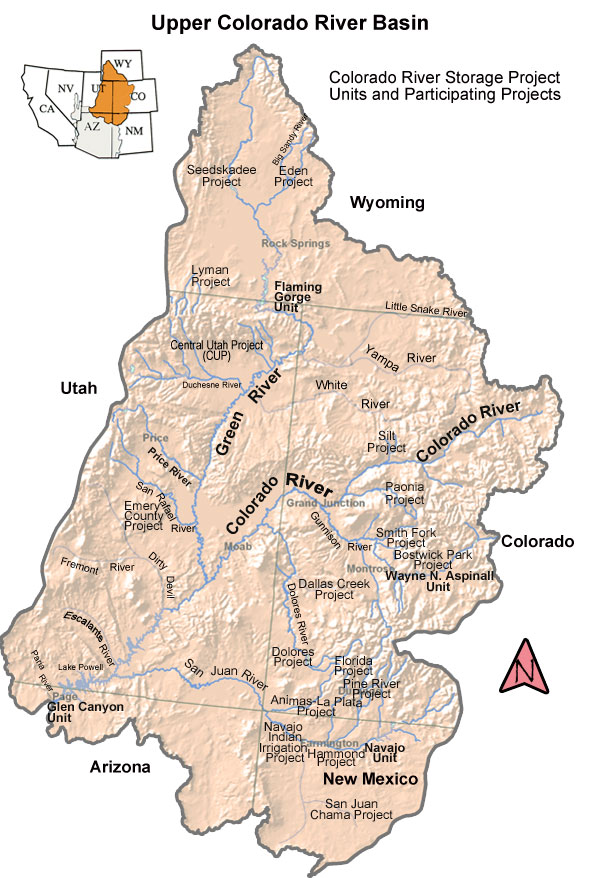 The Upper Colorado River Basin Fund (Basin Fund) was established under Section 5 of the CRSP Act. The CRSP Act 'authorized a separate fund in the Treasury of the United States to be known as the Upper Colorado River Basin Fund... for carrying out provisions of this Act other than Section 8'. Money appropriated for construction of CRSP facilities, except recreation and fish and wildlife facilities constructed under Section 8, is transferred to the Basin Fund from the General Fund of the Treasury. Revenues derived from operation of the CRSP and participating projects are deposited in the Basin Fund. Most of the revenues come from sales of hydroelectric power and transmission services. The Basin Fund also receives revenues from M&I water service sales, rents, salinity funds from the Lower Colorado Basin (as a pass-through for the Colorado River Basin Salinity Control Program), and miscellaneous revenues collected in connection with the operation of the CRSP and participating projects. Revenues and appropriated funds are accounted for separately in the Basin Fund.

Basin Fund revenues must first be used to repay costs associated with the operation, maintenance, and replacements of, and emergency expenditures for, the CRSP initial units. The fund is then used to repay the United States Treasury Department for the following:

The approximately $16.5 million per year of power revenues expended for the Glen Canyon Adaptive Management Program, the Upper Colorado River Recovery Implementation Program, and the San Juan Basin Recovery Program are expenses that are not built into the firm power rates. This arrangement benefits the programs in that they do not need to seek annual appropriations from Congress for these funds. However, this does have an impact to Western in times when firming power purchase expenses are high (due to drought or experimentation) because the moneys are transferred to the program and are not available to purchase the power needed to meet contractual requirements. The Basin Fund is managed by Western. Approximately $120 million in revenue is needed each year to fund Reclamation and Western operation and maintenance needs. Western is responsible for transmission and marketing of CRSP power, collecting payment for the power, and transfer of revenues for repayment to the United States Treasury Department. A change in the amount of available capacity or energy could potentially affect the revenue derived from the sale of energy and the contributions to the Basin Fund, or rates charged to power customers. 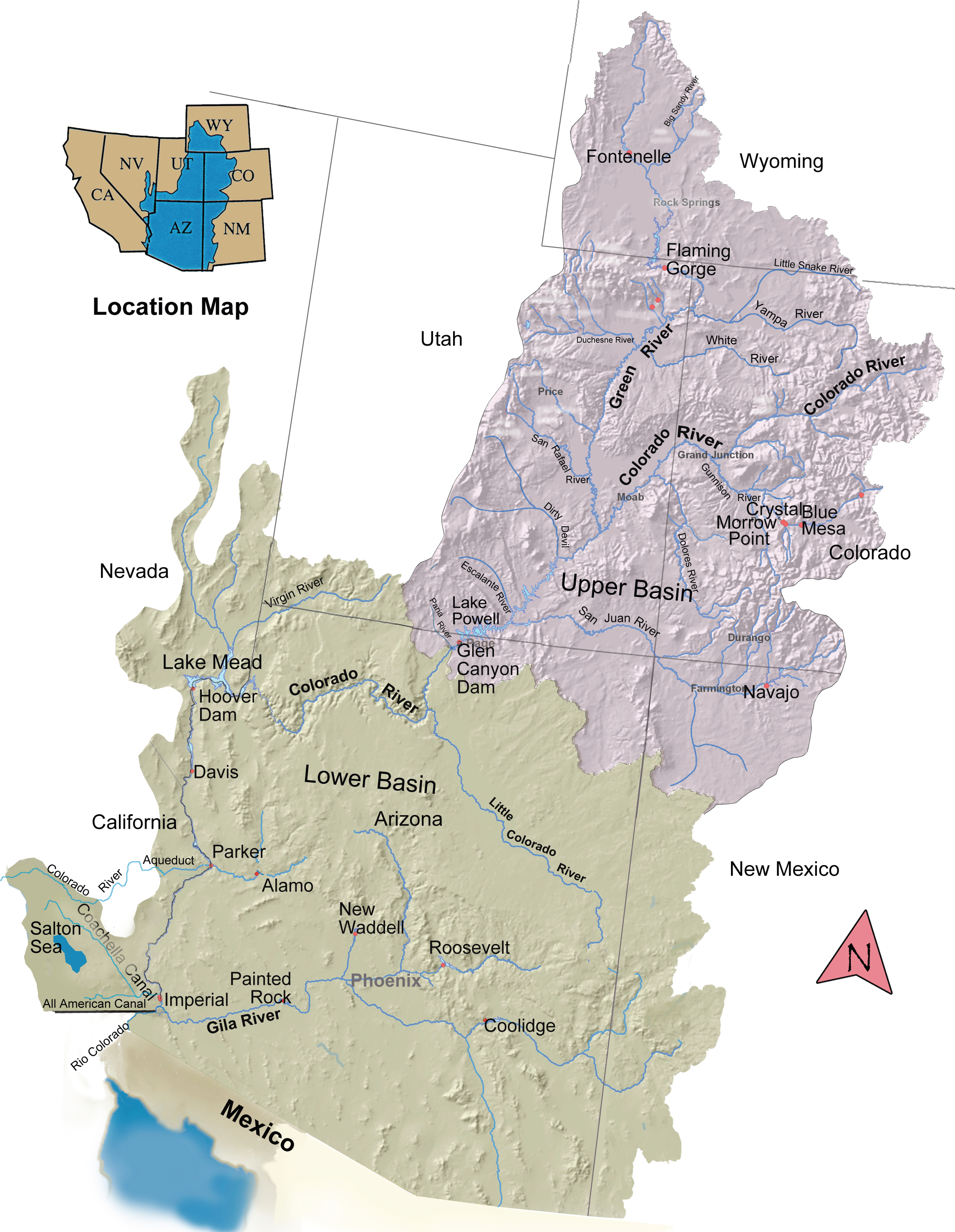 There are many benefits associated with the multi-purpose Colorado River Storage Project.