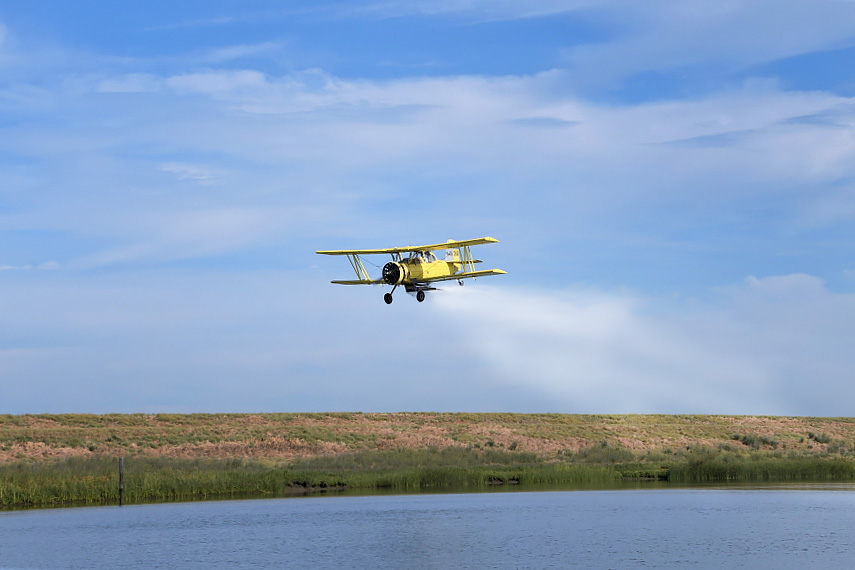 Crop duster places calcium nitrate into Sacramento Deep Water Ship Channel (photos by Winetta Owens)For the endangered Sacramento–San Joaquin River Delta smelt, finding enough to eat can be tough going. From contaminants to introduced species competition, a lack of organisms for the endemic fish to feed on is a big concern for aquatic scientists who study Delta smelt.

So, what if you could grow more fish-food in the river?

Dr. Erwin Van Nieuwenhuyse is an aquatic scientist with the Bureau of Reclamation. He’s teaming up with University of California Davis and the U.S. Geological Survey to conduct a series of experiments to try and ‘grow’ Delta smelt food using a plane and 12,000 pounds total of calcium nitrate.

“We’re trying to determine if adding calcium nitrate will stimulate fish-food production,” said Van Nieuwenhuyse. “For food, Delta smelt depend on zooplankton (tiny crustaceans). In turn, the zooplankton feed on microscopic plants called phytoplankton. One way to increase phytoplankton, we’re hoping, is by adding calcium nitrate as a type of ‘fertilizer’ to stimulate growth.”

Under the Central Valley Project Improvement Act of 1992, Reclamation has the authority to fund activities that have potential to reduce CVP impacts on smelt and their critical habitat, and to undertake actions to improve Delta habitat conditions.

“We’ve employed a specialized crop duster, equipped with GPS and other high-tech equipment, to disperse nutrients in an isolated area of the Sacramento Deep Water Ship Channel,” said Van Nieuwenhuyse. “Prior to and following nutrient addition, water is monitored and tested on the spot with additional samples being grabbed and analyzed over a period of time.”

The experiment is part of the Sacramento Deep Water Ship Channel Nutrient Enrichment Project. It’s the first step in a broader effort to determine if the ship channel can be used to boost the Delta’s food supply without adversely affecting water quality. 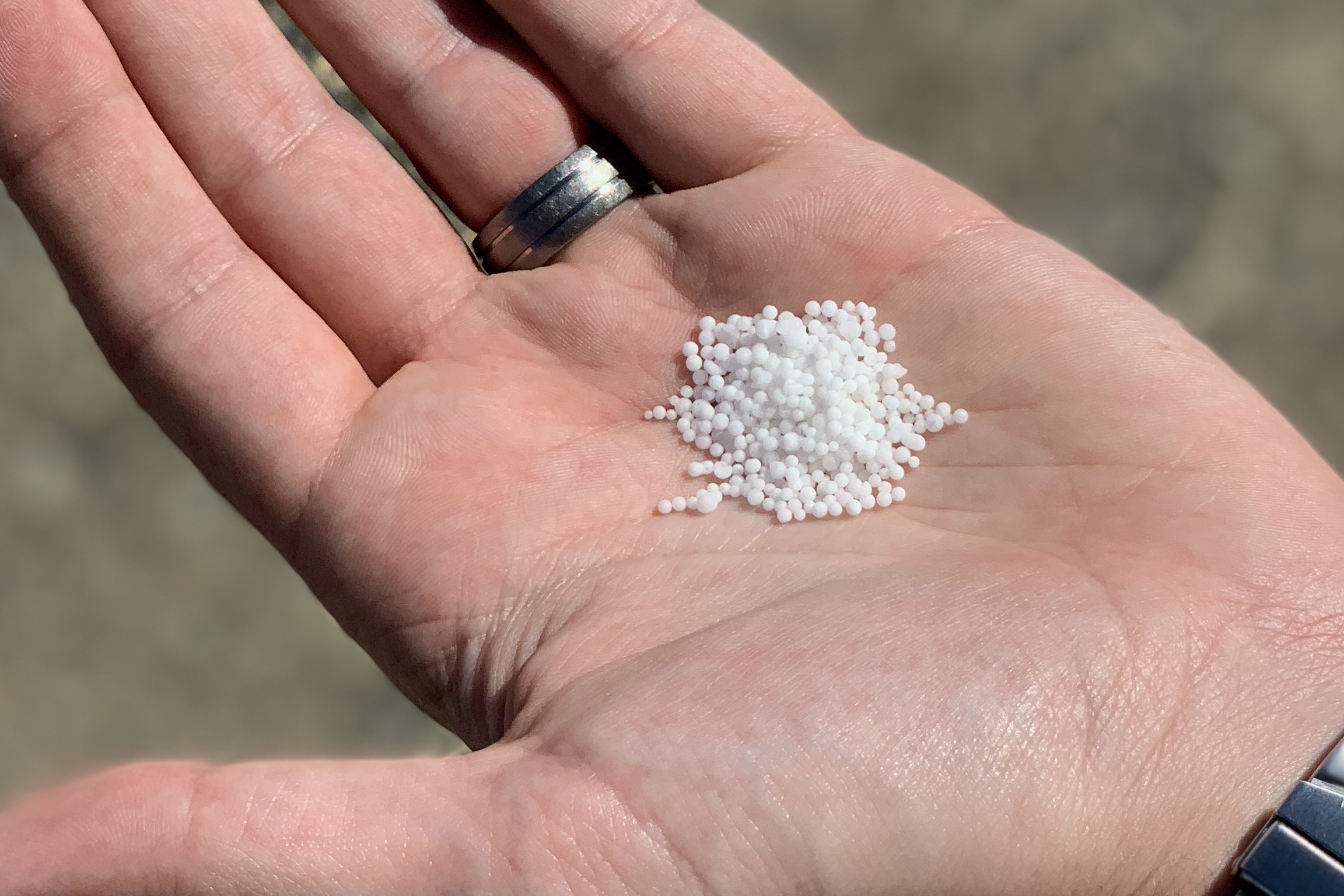 The Sacramento Deep Water Ship Channel Nutrient Enrichment Project was the brain child of Professor Randy Dahlgren at U.C. Davis and the team implementing the study is being led by Professor Steve Sadro and Dr. Luke Loken from U.C. Davis. The team includes Stuart Angerer and Laura Beninger of Reclamation's Environmental Affairs Division and Nick Sakata, Ian Smith and Luke Davis of the Bay-Delta Office. Other researchers include Brian Bergamaschi, Jon Burau and Cathy Ruhl of the USGS.

Reclamation thanks the Port of West Sacramento for giving permission to do the experiment, the U.S. Army Corps of Engineers for the use of its boat ramp and the West Sacramento Outboard Club for allowing to use its dock. Thanks also to Metropolitan Water District for supporting deployment of the Cramer Fish Sciences’ Aquatic Habitat Monitoring Platform to document the fish community before and after the experiment.

Reclamation also thanks the Central Valley Regional Water Quality Control Board for granting an NPDES permit to add the fertilizer, and the U.S. Fish & Wildlife and National Marine Fisheries services for their concurrence.