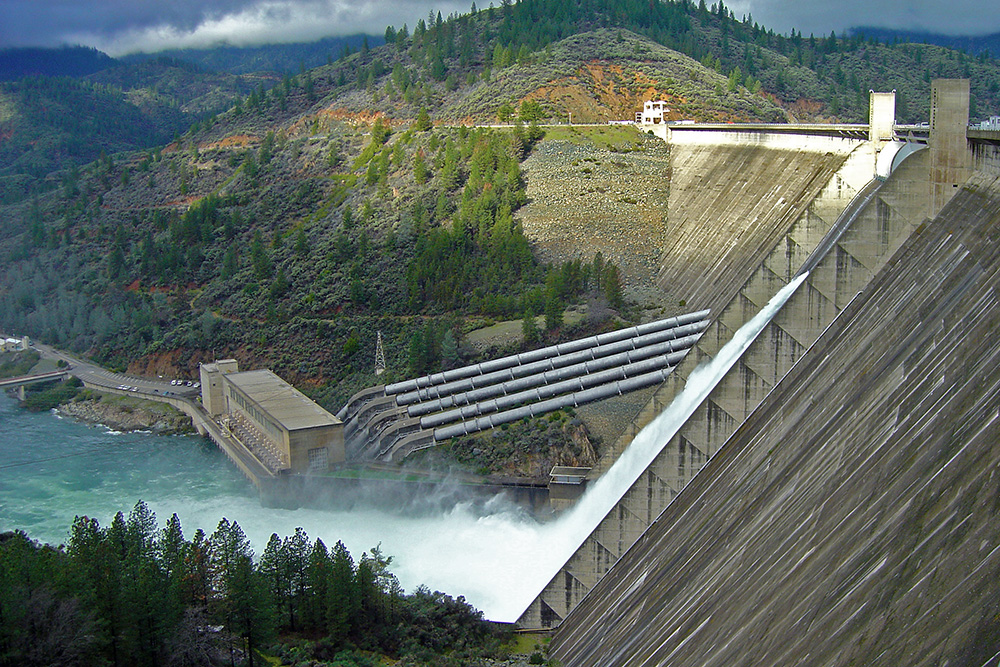 “President Trump has made investing in our existing infrastructure a top priority. Raising Shasta Dam is one of the smartest and most cost-effective opportunities we have before us,” said Commissioner Brenda Burman. “Shasta Dam sits at the head of California’s largest water system—the Central Valley Project. Not only will the project benefit farms, communities and the environment, it will provide ample opportunities for smarter water management.”

For decades, many federal western water infrastructure investments have been undermined by federal inaction and the State of California. In fact, there has not been any major federal water storage infrastructure built since 1979 even as the state’s population has nearly doubled. Today’s actions are yet another example of how the Trump Administration is working to enhance water storage capacity and appropriately protecting species and habitats. This comes after an already long list of water actions from the Trump Administration benefiting Californians, namely including:

“Raising Shasta Dam is critical to helping improve drought resiliency in the State of California, as it will provide more water for people, fish, and the environment,” said House Republican Leader Kevin McCarthy (CA-23). “This project is a win all around. I want to commend Secretary Bernhardt and Commissioner Burman for continuing to prioritize this project, despite ongoing and misguided opposition from Sacramento bureaucrats and some elected officials from California. The Trump Administration has taken many actions to improve the lives of Californians by pursuing policies to help our communities get the water that we contract and pay for, and we are grateful.”

“Northern California is one of the most water-rich regions of the country, and yet is plagued by water shortages because of a chronic lack of water storage,” said Congressman Tom McClintock (CA-04). “After decades of bureaucratic dithering and obstruction, the Shasta Dam raise is finally within sight of actual construction—an important step toward restoring water abundance to our communities.”

“Additional water storage is critical for people, the environment, and agriculture. Raising Shasta Dam provides 634,000 acre-feet of new water,” said Congressman Doug LaMalfa (CA-01). “This project is a cost-effective solution to a long-term problem plaguing California, and will also create new good paying jobs in Shasta County. I thank the Trump Administration for bringing this long-sought project closer to fruition.”

Shasta Dam is a keystone of Reclamation’s Central Valley Project, which extends over 400 miles through California’s Central Valley providing water for more than three million acres of farmland, nearly six million people, and critical fish and wildlife species. Reliable water is critical to the economic progress of the region – and our nation – as more than 40 % of the country’s fruits, nuts and vegetables are grown in the Central Valley, largely using water from the CVP and its largest reservoir—Shasta Lake.

“We are pleased to achieve this significant milestone for such an important project for the state, said Regional Director Ernest Conant. “California needs a more reliable water supply for agriculture and communities, and modernizing our existing infrastructure is one of the most efficient means to make that happen.”

Background
Congress first directed Reclamation to look at the feasibility of raising Shasta Dam in the 1980s, and then again in 2004. More recently, recognizing the need for increased surface water storage and the need to find funding mechanisms that work in today’s vastly over-stretched federal budget, Congress passed the Water Infrastructure Improvements for the Nation Act in 2016 with broad bipartisan support.

Reclamation and other federal agencies have spent decades carefully evaluating data to ensure an environmentally sound approach to raising Shasta Dam. The dedicated environmental storage from the dam raise would improve water quality in the Sacramento River below the dam by lowering water temperatures for anadromous fish survival, such as Chinook salmon and other fish that migrate from the ocean to rivers to spawn. This includes ensuring that the McCloud River and the important wild trout fishery it supports are protected.

The finalized SEIS comes after considering more than 6,500 public comments on a proposal to raise the 600-foot-tall Shasta Dam by 3%, or an additional 18.5 feet.

A Supplemental EIS is used when new or updated information becomes available after the publication of the Final EIS. Since 2015, Reclamation identified several key areas that required updating and initiated a Draft Supplemental EIS in accordance with the National Environmental Policy Act. The original 45-day comment period for the DSEIS was extended by two weeks and closed October 5. The Final SEIS is available for review at: https://www.usbr.gov/mp/nepa/nepa_project_details.php?Project_ID=1915.

The supplemental document provides information relevant to Reclamation’s application of Clean Water Act Section 404(r), updates modeling to be reflective of the 2019 Biological Opinions and provides an updated analysis on effects to the McCloud River, and considers public input.