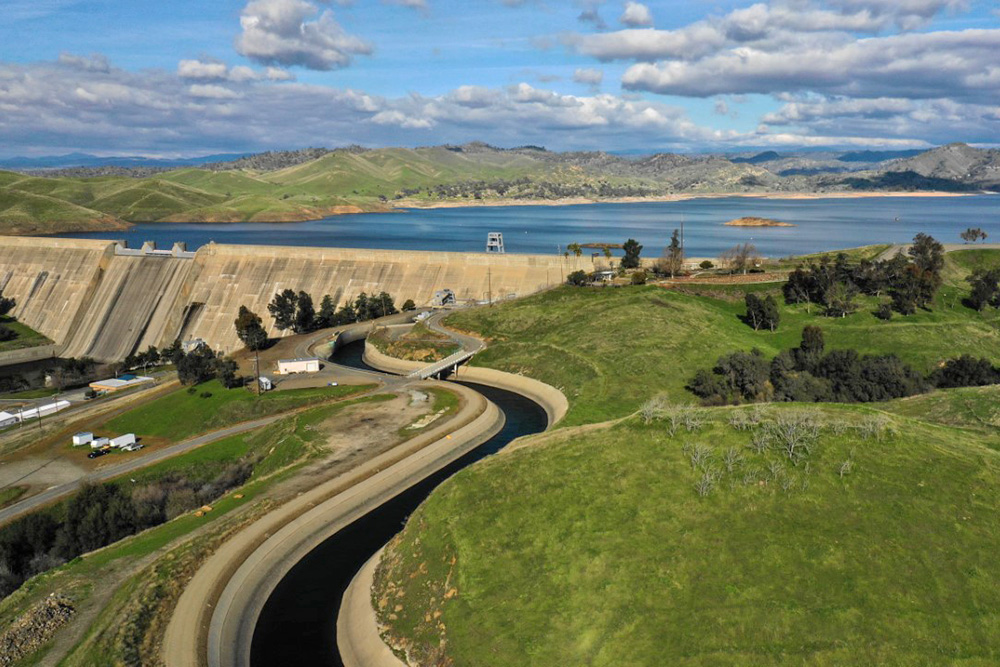 Friant-Kern Canal (Friant Water Authority photo)SACRAMENTO, Calif. – Today, the Bureau of Reclamation continues to build on President Trump’s Memorandum on Developing and Delivering More Water Supplies in California, which he signed in Bakersfield, in February. Reclamation and Friant Water Authority released its plan to repair a 33-mile stretch of the Friant-Kern Canal in California’s eastern San Joaquin Valley. This stretch of canal has lost over half of its original capacity to convey water due to subsidence—a sinking of the earth from groundwater extraction.

“In February, President Trump visited the Central Valley and directed Interior to modernize our federal western water infrastructure to deliver water and power in an efficient, cost-effective way,” said Brenda Burman, Reclamation Commissioner. “Today we are delivering on that commitment by restoring the capacity of the Friant-Kern Canal providing safe and reliable water supplies to farmers and local communities.”

“Restoring the capacity of the Friant-Kern Canal is critical to providing reliable water supplies to one of the most agriculturally productive regions in the nation,” said Ernest Conant, Reclamation regional director. “We are pleased to reach this important milestone for one of Reclamation’s top priority projects.”

The Friant-Kern Canal delivers water to more than one million acres of highly productive farmland and 250,000 residents. The diminished capacity in the canal has resulted in up to 300,000 acre-feet of reduced water deliveries in certain water years with effects most prominent in the middle reach of the canal (milepost 88 to milepost 121). The project would restore capacity from the current estimated 1,600 cubic-feet-per-second to the original 4,000 cubic-feet-per-second in the most critical area near the Deer Creek check structure (milepost 103).

“Today’s announcement marks another important step forward in fixing subsidence on the Friant-Kern Canal with the completion of the required environmental reviews for this project. I want to commend Interior Secretary Bernhardt and Reclamation Commissioner Burman for their commitment to advancing this critical water infrastructure project. Once completed, it will restore the canal’s capacity to bring water to the families, communities, and farms located along the eastern side of the southern region of the San Joaquin Valley, including many communities that I represent in Kern and Tulare Counties,” said House Republican Leader Kevin McCarthy (CA-23). “I also want to thank the Friant Water Authority for its persistent work to prioritize this project with the U.S. Department of the Interior. I look forward to working in Congress to continue to secure the necessary funding for this project so that the Friant-Kern Canal can be repaired as quickly as possible.”

“I commend the Trump administration’s leadership to help deliver reliable water to the San Joaquin Valley via the Friant-Kern Canal,” said Congressman Devin Nunes. “Without the canal, over one million acres of rich farmland would be put out of production, devastating families and farmers in the Valley’s eastside. We have studied how to repair the canal for several years, and with this document complete we can finally move forward with construction and restore essential water supplies to our farms, small businesses, and communities.”

“Having the full capacity of the Friant-Kern Canal is not only critical to support the long-term sustainability of the Friant division and the more than one million acres of productive farmland it supports, it is also critical for the entire San Joaquin Valley’s efforts to balance its groundwater resources,” said Jason Phillips, Friant Water Authority chief executive officer. “The Trump Administration has made the effort to restore the capacity to the Friant-Kern Canal a top priority. As the operator of the canal and representative of districts that depend on its supplies, the Friant Water Authority appreciates the Bureau of Reclamation’s commitment to complete this project as soon as possible.”

The project’s final Environmental Impact Statement/Environmental Impact Report considers and addresses all comments received during the draft EIS/EIS public review period and is available at https://www.usbr.gov/mp/nepa/nepa_project_details.php?Project_ID=41341.

Memorandum on Developing and Delivering More Water Supplies in California