Earthquakes are a fact of life in California, and at the B.F. Sisk Dam and San Luis Reservoir work is underway to ensure the continued viability and durability of the key resources, even when Mother Nature decides to shake things up.

A major seismic upgrade, the largest project of that scale that has occurred at the site since its construction in 1967, received a $100 million investment earlier this year from the Bipartisan Infrastructure Law. It is Reclamation’s largest dam safety project under the 1978 Safety of Dams Act.

Situated amid the rolling slopes of the Diablo Range in Merced County, Sisk Dam and San Luis Reservoir are an important link in the storage and conveyance chain of the Central Valley Project and State Water Project. With a storage capacity of more than 2 million acre-feet, the reservoir is the largest off-stream storage facility in the United States, providing water for farms, wildlife refuges, and millions of Californians. 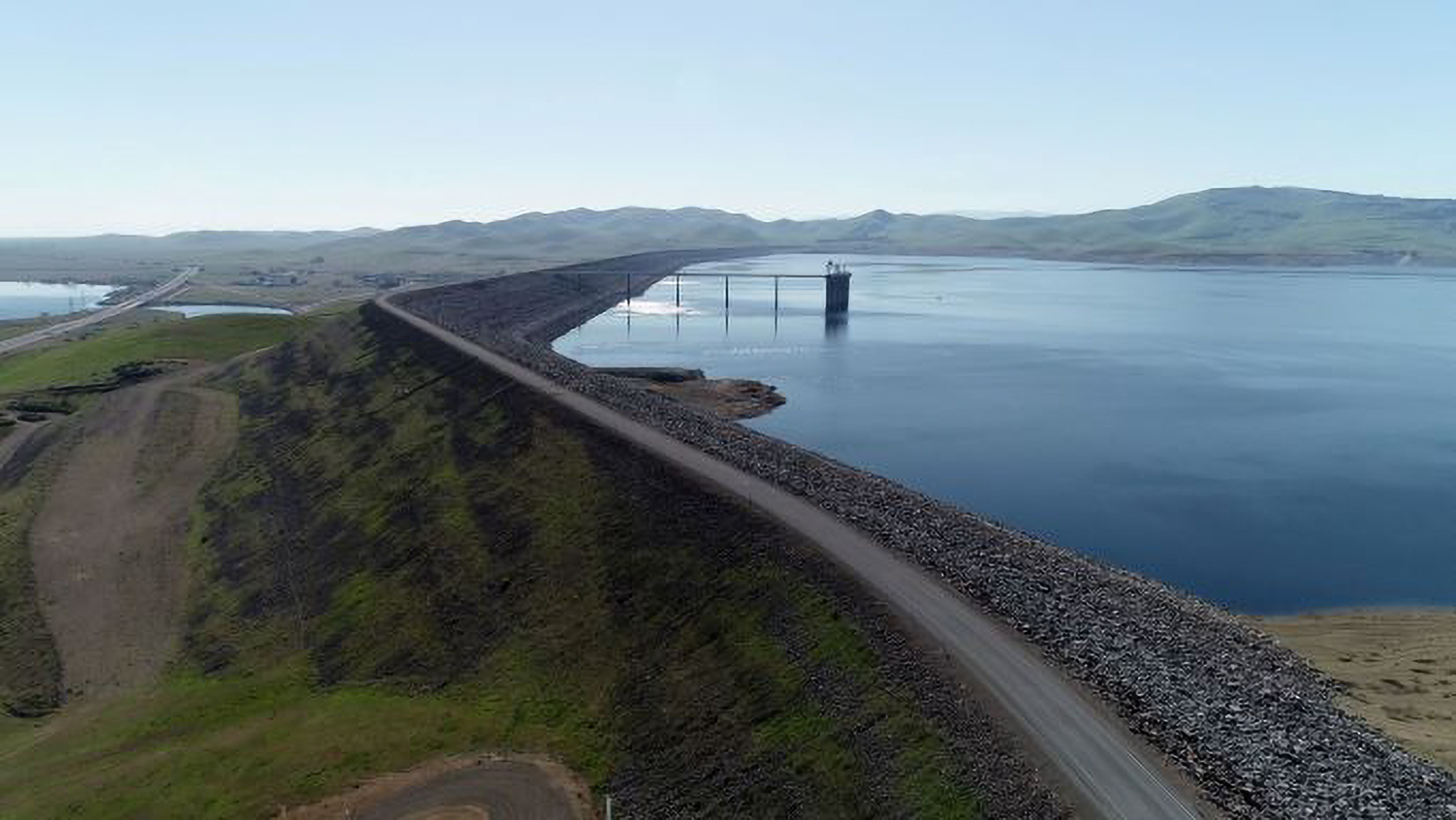 An analysis of the risk and potential consequences of a large earthquake prompted Reclamation and the California Department of Water Resources to launch the project that will add stability berms and other physical features to the existing 3.5-mile earthen embankment. The project is expected to take several years to complete.

A recent visit to the dam and reservoir revealed a beehive of activity, with heavy machinery moving about as the work of stabilizing and upgrading the dam takes place.

The urgency and need of the project were demonstrated October 25 when an earthquake rumbled through a part of the Bay Area about 60 miles west of the dam (a detailed inspection of the facilities after the earthquake and found no areas of concern).

Crews are shoring up large portions at the bottom of the dam to bolster its ability to withstand a large seismic event. This is done by removing weak foundation materials known as “slope wash” to make the base of the dam stronger.

“Some of the foundation materials can become very weak when subjected to ground motions,” said Sean Frische, a civil engineer at Reclamation’s project field office. “We are taking those out at the downstream toe and replacing them with rock fill that is a lot heavier and will give it a more stable foundation.” 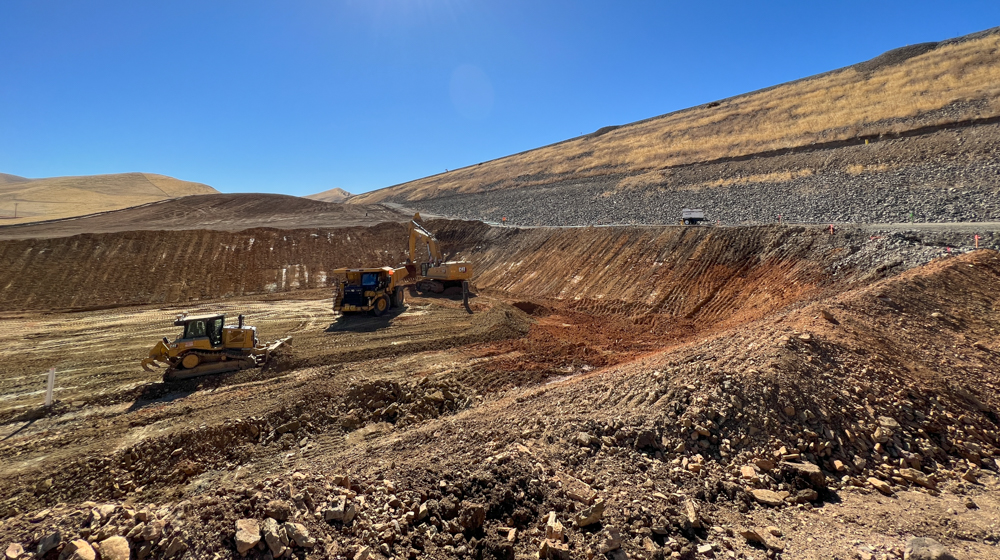 The project includes a dam raise of 10 feet for safety, the idea being that even with a full reservoir, the dam will not overtop in a seismic event. “We want to make sure that in a shaking event, if the material were to subside, we have enough freeboard, the difference between the top of the water to the top of the dam, that if it does fall, it still maintains a higher elevation.” Frische said.