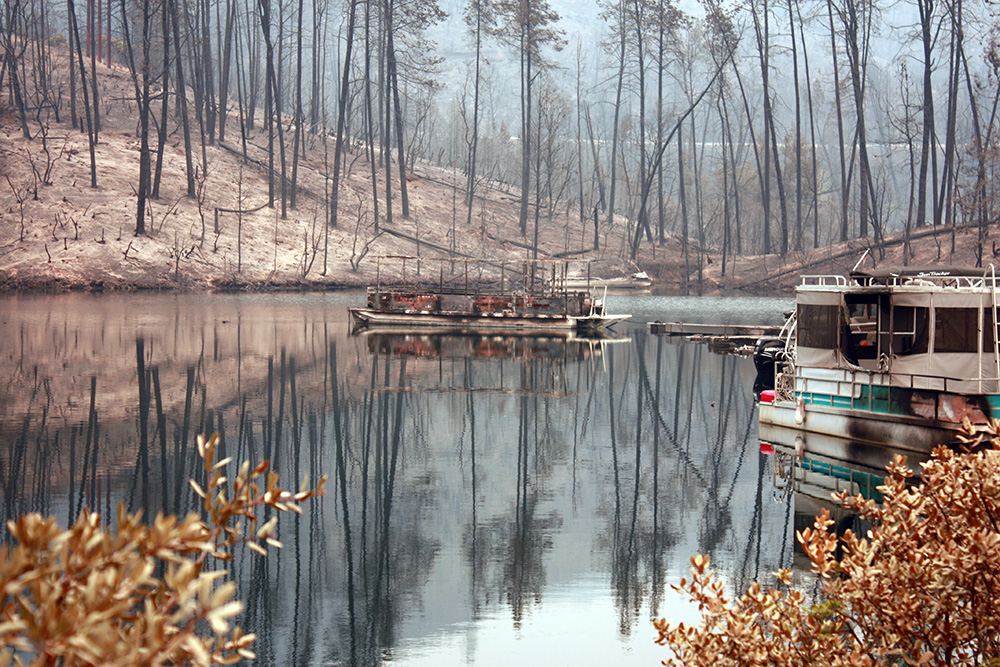 A few of an estimated 20 boats burned by the Carr Fire shown here at Whiskeytown Reservoir in Northern California's Shasta County on July 28, 2018. (Reclamation photo by Laura Williams / Released)Bureau of Reclamation Mid-Pacific Region’s hearts go out to its fellow Northern California Area Office employees who have either lost their homes or been evacuated and are continuing to cope with the Carr Fire’s devastation.