Written by: By Jay Dallman, WYAO 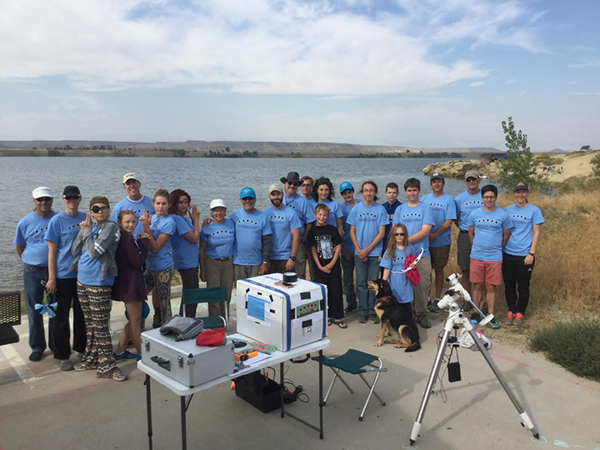 Wyoming residents were joined by a large number of out-of-state visitors who were drawn to the clear skies for the August eclipse. There was minimal light pollution and ample viewing space along the path of totality in the Cowboy State. By some estimates, the population of Wyoming more than doubled and perhaps almost tripled on the day of the eclipse. When the long anticipated celestial event arrived, as promised, it did not disappoint.

The centerline of the path of totality passed through the southern outskirts of Casper and very near the Wyoming Area Office (WYAO). At the centerline in Casper, totality was observable for 2 minutes and 28 seconds. The shadow of the moon on the earth swept by the area at more than 1,700 miles per hour. During totality, a few bright stars and planets could be seen in the darkened sky. The temperature dropped around 15 degrees and some viewers donned jackets or sweaters. Many reported hearing crickets chirping as if it were evening and a round of shouts and cheers was heard at the moment totality was reached.

Several educational institutions set up instrumentation to view and record the eclipse. In most cases, in addition to teaching students, they offered advice and assistance to the general public. The University of Wyoming astronomical team set up at Boysen Reservoir, the Colorado Springs astronomical group set up at Glendo Reservoir, and the Los Alamos High School set up at Reclamation’s Pilot Butte Reservoir.

Los Alamos High School participated in the Citizen CATE (Continental-America Telescopic Eclipse) Experiment. Citizen CATE’s goal was to capture images of the inner solar corona using a network of 68 telescopes operated by citizen scientists, high school groups and universities. Normally the bright photosphere, or solar surface, overpowers the Sun’s faint, wispy outer atmosphere called the corona. The corona can only be observed when the photosphere is covered up, in this case, by the moon.

CATE planned to produce a scientifically unique data set: high-resolution, rapid cadence (one photo every 10 seconds) white light images of the inner corona for 90 minutes along the 2,500 mile path of totality.

By all accounts, the eclipse was spectacular. For many it was a once in a lifetime experience. Reclamation’s managing partners commented on how well-mannered the visitors were. They were generally orderly and considerate and in many cases were credited with taking away more trash then they brought in. Many of the first time visitors to Wyoming commented on the wonderful experiences they had and said they would like to return to Wyoming soon for another visit. 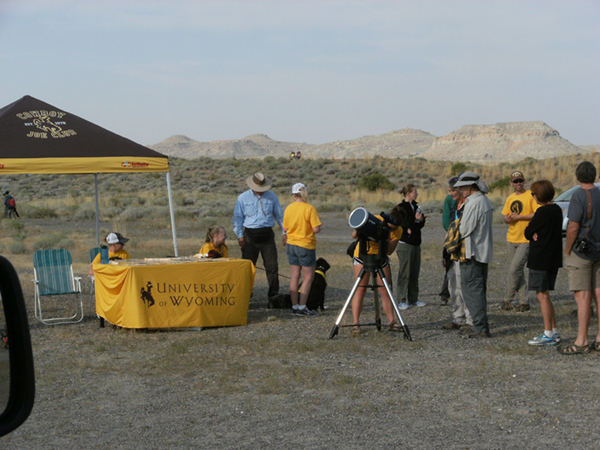 University of Wyoming astronomical group set up at Boysen Reservoir. 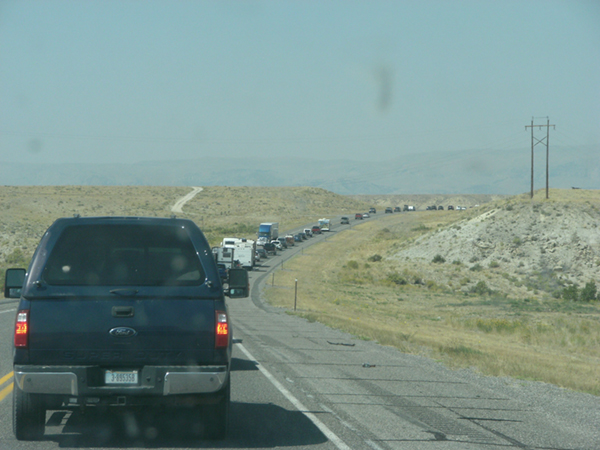 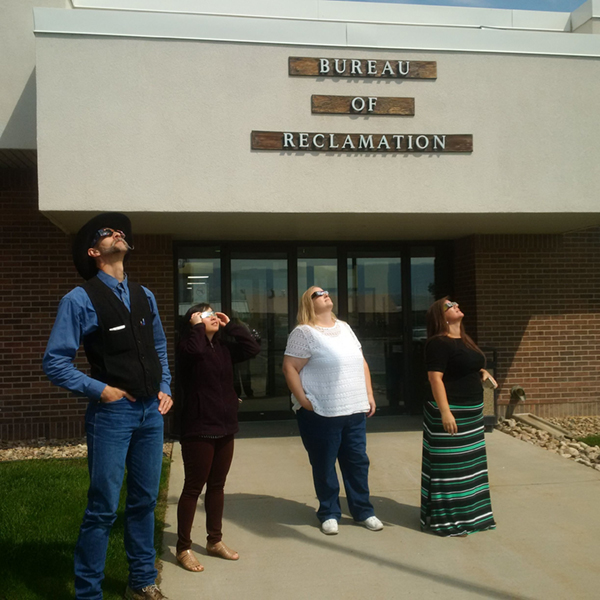 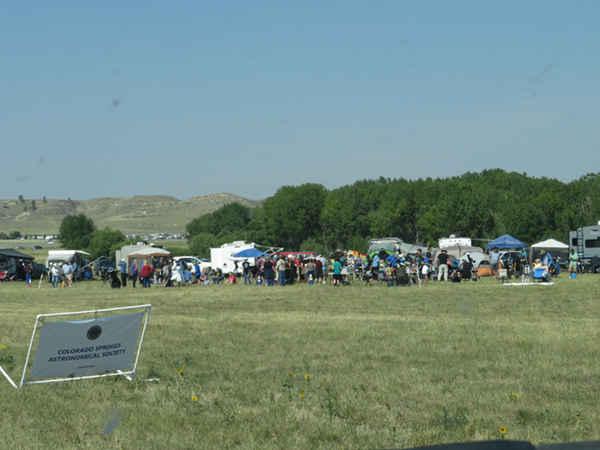 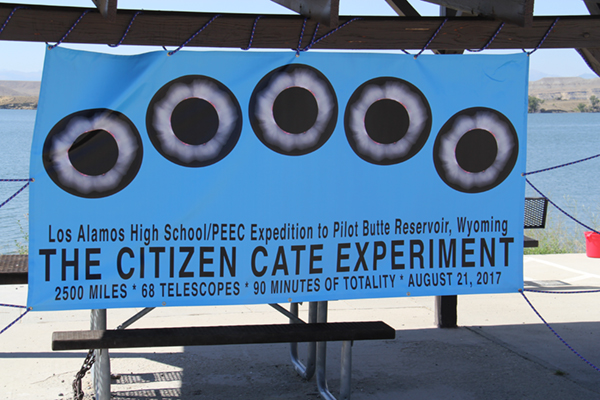 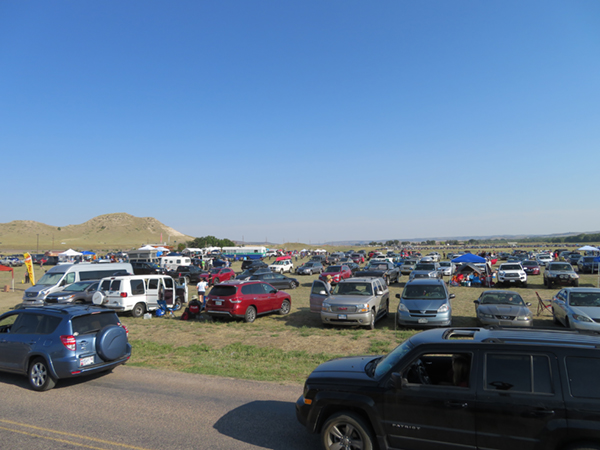 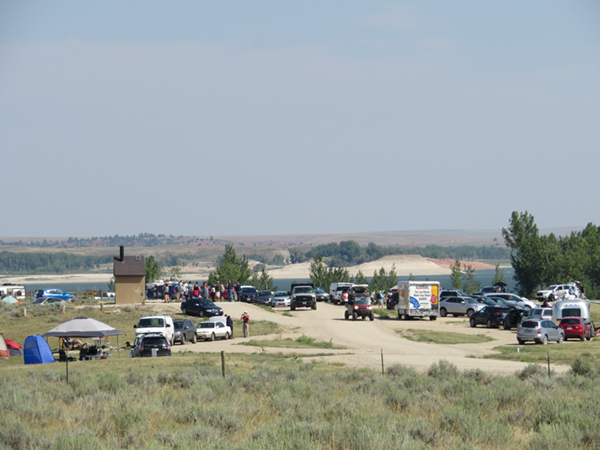 Overnight campers and day use visitors stake out their viewing areas at Glendo Reservoir.