The team of five labors in what appears to be a large pole barn, decontaminating the mining waters that filter through the drainage tunnel – waters that would otherwise go on to pollute the Arkansas River Headwaters.

The name gives it away – Leadville. Now perhaps most famous for being the highest incorporated city in the United States, this small Colorado mountain town sprung up as a boom town in 1859 during the Pike’s Peak gold rush and its history charts that of the state’s. Twelve months later into the ’59 rush, Leadville was home to over 5,000 souls who sluiced and panned their way to 4 million dollars’ worth of gold until the supply petered out about 5 years later. However, gold was merely a prelude to the Silver Boom that followed multiplying the town’s population sixfold by 1880.

During its silver heyday, one of its many wealthy citizens founded the Tabor Opera House that hosted the likes of Harry Houdini, John Philip Sousa and Oscar Wilde. One can idly speculate that Doc Holliday may have witnessed an incredible disappearing act while staying in town, dealing Faro in a saloon adjoining the Opera House - before he was jailed for shooting Bill Allen, that is. In many ways Leadville epitomized the heady optimism of the West and its seductive promise of vast wealth awaiting those with the grit and initiative to wrest it from the mountains.

Silver was grossly overproduced in the West in the late 1800s, and after the government quit subsidizing the market in 1893, the town’s economy contracted again ... until the next boom in 1918 that arrived with the opening of the Climax Molybdenum Mine. This mine supplied half of the world’s molybdenum – a metal used in steel production, among other things – for a time.

Keeping pace with American history, the Bureau of Mines agreed to de-water lead- and zinc-bearing mines in the Leadville area to aid the war efforts of World War II and later the Korean War. To do so, the 2-mile-long Leadville Mine Drainage Tunnel was built which the Bureau of Reclamation purchased for the princely sum of one dollar in 1959. Reclamation thought that it could use the 2 million gallons of water a day on average that the tunnel drains for its planned Fryingpan-Arkansas project.

It went like most deals that sound too good to be true as we later learned that the drainage was full of zinc, manganese, iron and cadmium turning the waters into a liability rather than resource. Since 1992, the women and men at the Leadville Mine Drainage Tunnel have been plying chemistry to strip these metals from the 730,000,000 gallons they process in an average year. It’s a job that has grown more challenging since the EPA put in a relief well in 2008 resulting in higher metal levels and harder water that strain the plant’s original design. Yet Jenelle Stefanic, Mike Lackey, John Weddle, Jeff Sellers, and Mitch Williams perform a sort of alchemy at the very real intersection they occupy between the state’s economic past - with its focus on mineral wealth and agriculture – and its economic future - with its focus on technology, nature based tourism and the attendant growing population that requires more and more fresh water. By performing carbon dioxide stripping, flocculation, and chemical and physical precipitation to remove metal sludge, they not only stop the past from tainting the future, they transform its contaminated water into safe water day in, day out.

Currently, the mountains around Leadville, Colorado provide the state’s most valuable natural resource: water. Immediately downstream from the drainage tunnel, its purified waters flow into the Gold Medal Trout Streams of the Arkansas River and into a four-million-dollar-a-year fishing industry. Beyond the immediate value of Arkansas River tourism, the Bureau of Reclamation truly has become the 21st Century Bureau of Mines as we divert water from the West Slope to the East Slope to drive the state’s current boom – people seeking the Colorado lifestyle – which is how the Leadville Mine Drainage Tunnel fits into the larger Fryingpan-Arkansas diversion project. 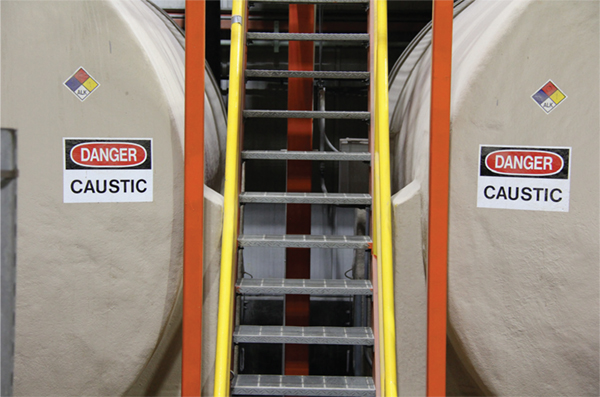 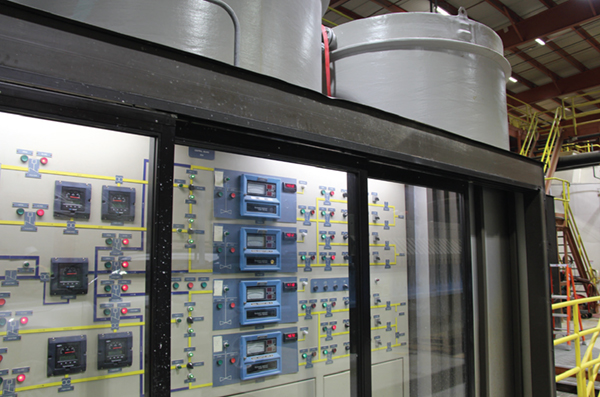 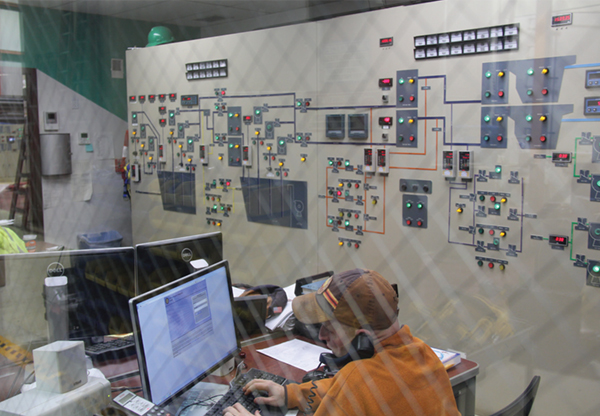 Operator John Weddle by the operation panel in the control room. 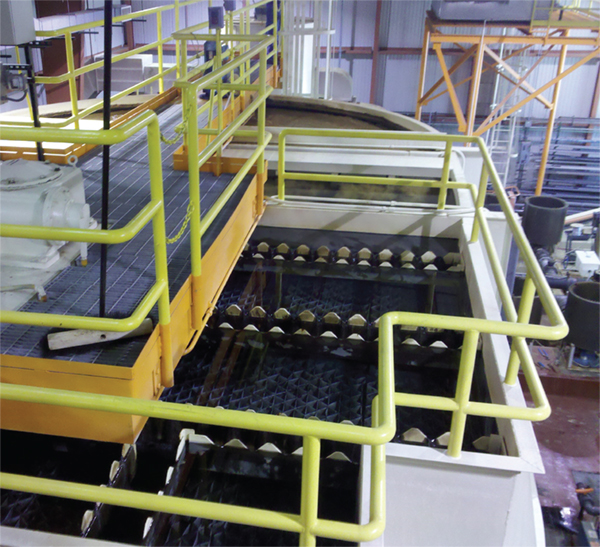