Powered by the Dam 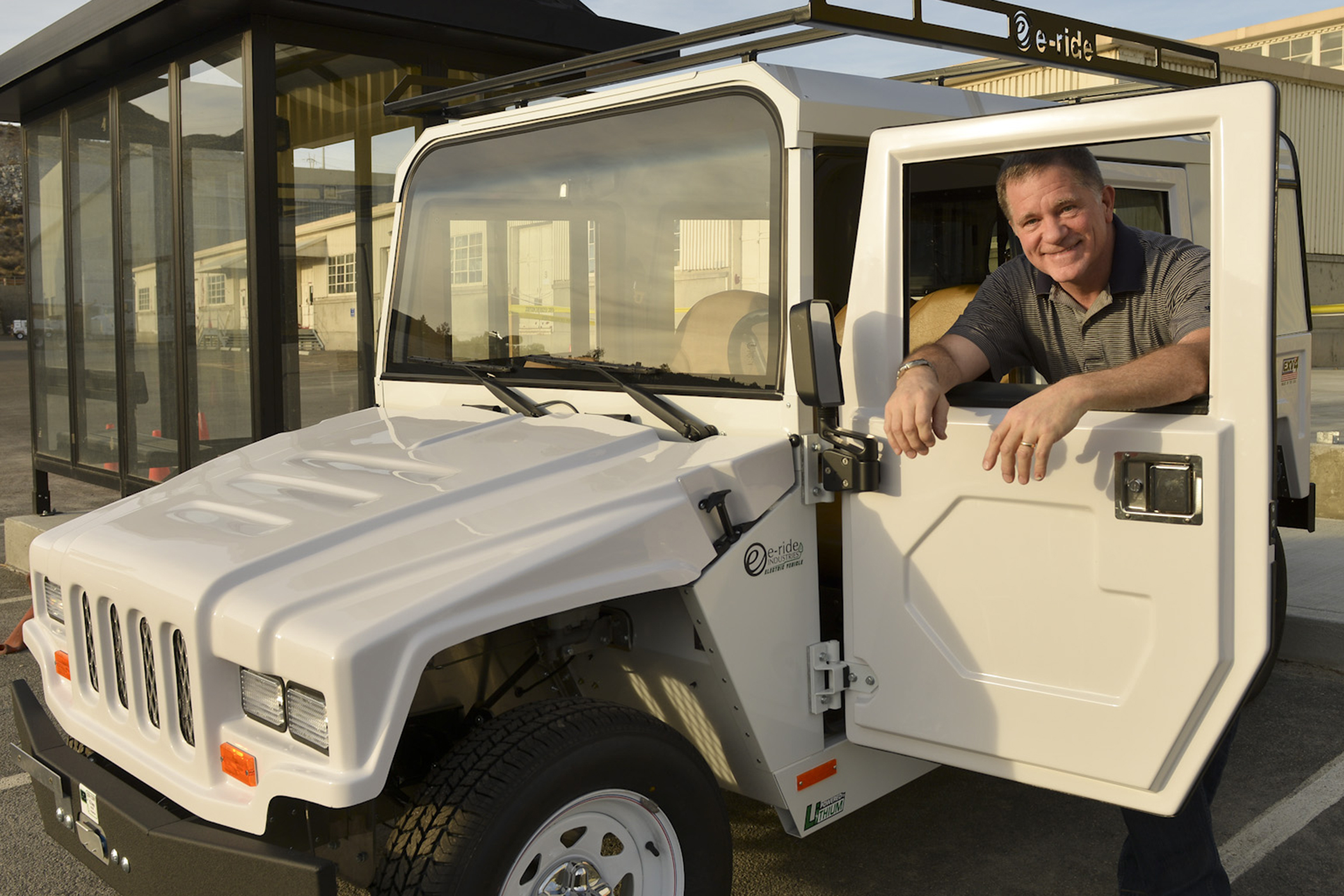 Deputy Power Manager Doug Anderson says the purchase of 27 Electric Utility Vehicles (EUV) this fall will not only help reduce greenhouse gas emissions but also help solve a chronic vehicle shortage for making short trips around the project.GRAND COULEE DAM - “These cars are great looking. They look like a cross between a Jeep, a Hummer,” says Deputy Power Manager Doug Anderson from behind the wheel.

Anderson is proud of the 27 electric utility trucks purchased by the Bureau of Reclamation for use at Grand Coulee Dam this fall. The EUVs, as they’re known, are driving a green car pilot project that delivers low-maintenance, zero emissions utility vehicles for use at the giant power complex in northeast Washington State.

“In the last couple of years, Grand Coulee has added about 130 employees. We're trying to introduce these electric vehicles as a way to offset our current gas fleet vehicles,” says Matt Tillman, Grand Coulee’s Administrative Officer. “Grand Coulee spends over $100,000 on fossil fuel each year. We're expecting to be able to cut that consumption by 10 to 15 percent.”

Tillman adds that it’s appropriate that the largest dam in the U.S. has one of the largest fleet of American-made, electric-powered vehicles. “They're powered by renewable energy that's generated here at the dam,” he said.

Anderson says the EUVs are a great fit for a dam of this size. Grand Coulee, located in northeast Washington, is the nation’s largest hydropower complex that covers 18 square miles and includes transmission yards, four power plants, and the mile-wide dam itself.

“It’s a large power complex and not very far from place to place, but there's an awful lot of small trips, short trips that employees make each day. That’s hard on vehicles and a poor use of a fossil fuel powered car,” says Anderson.

The trucks, built by e-ride Industries in of Princeton, Minnesota, were specially outfitted for use at Grand Coulee. “After they brought their needs to us, we outfitted a vehicle specifically for them with a high performance package, with the full enclosure, toolboxes, ladder rack and pull out bed tray,” says Kurt Bauerly, e-ride Industries General Manager.

Whether for short trips carrying people or equipment, EUV’s are designed to handle a 1000 pound payload and reach a top speed of 25 mph with plenty of torque to make it up steep grades around the power plant complex.

“We have two types - one that's made for moving people and one made for moving tools and equipment. We have a two door and a four door version, very good looking, if I might add,” says Anderson.

“They're built for an industrial environment, like Grand Coulee, and that's how we're going to use them.” says Tillman.

The total purchase price for Grand Coulee Dam's electric utility vehicles is $881,000. There are 14 four passenger models at $32,381. each, and 13 two passenger utility models at $32,902.50. The purchase contract includes shipping and training. 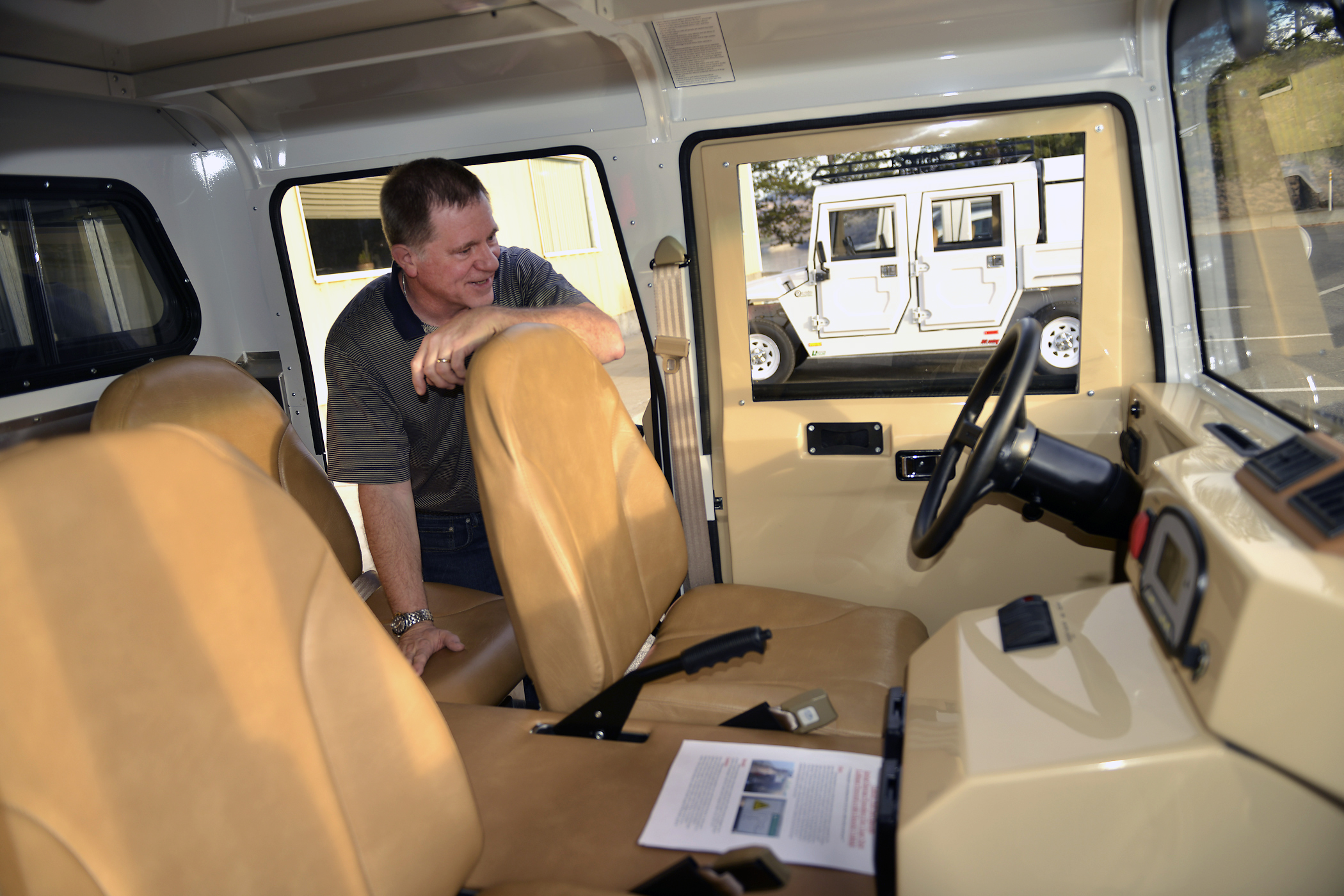 Deputy Power Manager Doug Anderson says he’s eager to get behind the wheel. 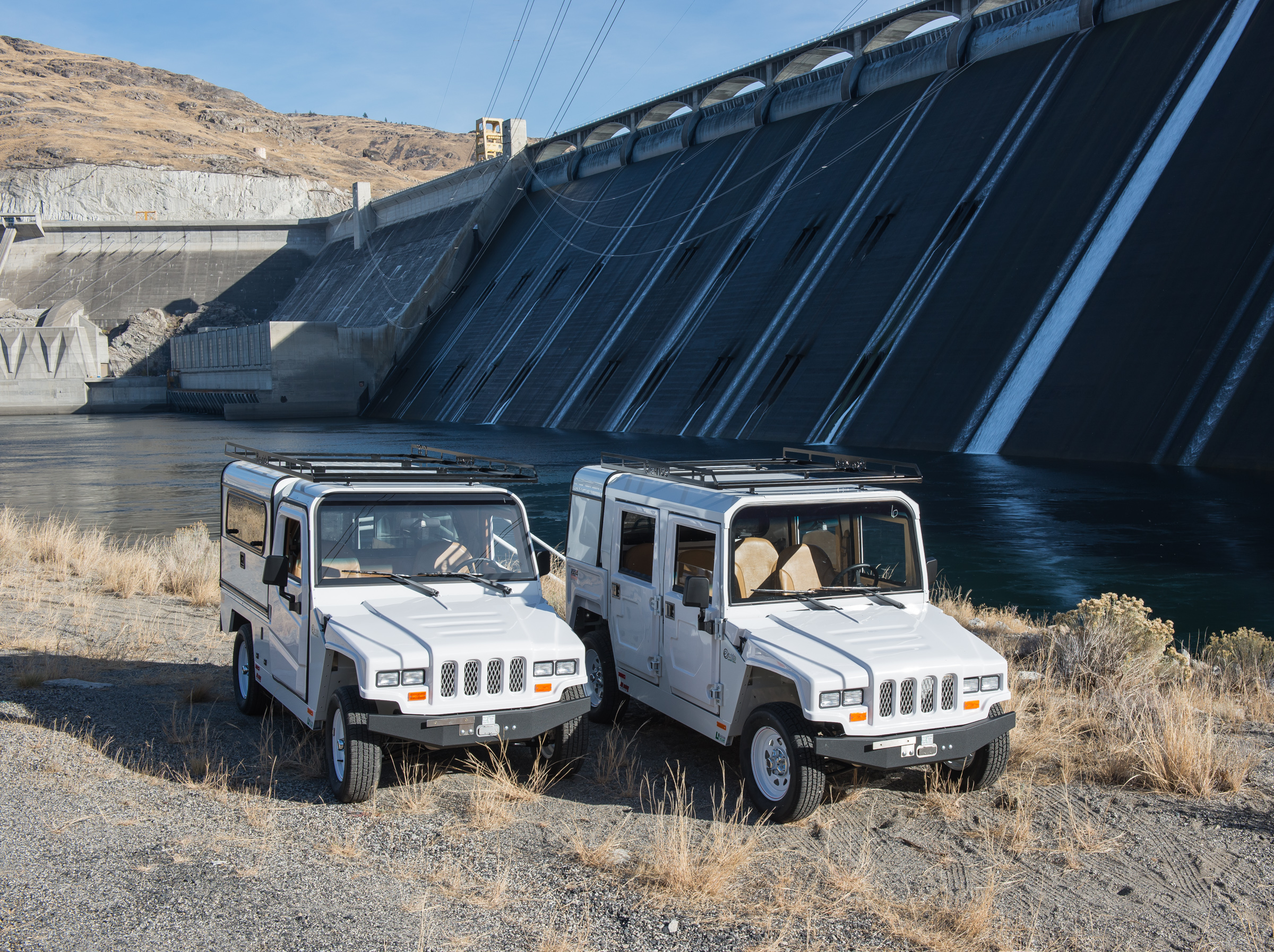 Two models have been purchased for use at Grand Coulee - EXV4 Patriot - a four passenger commuter; EXV2 Patriot - a two passenger maintenance truck.