Regions efforts lead to more than 8,500 pounds of food being collected in support of Feds Feed Families. 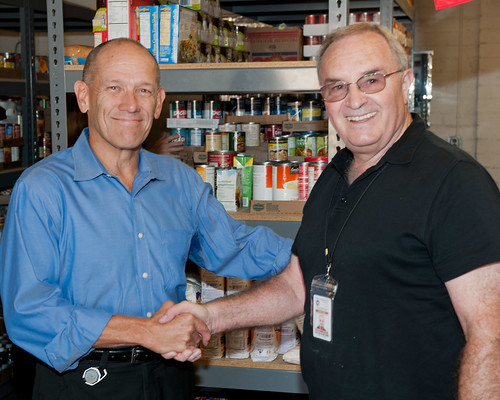 "This initiative makes a real difference in helping to restock the shelves of local foodbanks and pantries in our communities," Lower Colorado Regional Director Terry Fulp said. "It's heartwarming to see the generosity of our Reclamation employees in stepping forward to help counter hunger and food insufficiency in the neighborhoods where we live and work."

Feds Feed Families helps neighborhood food banks and pantries stay stocked during summer months when they traditionally see a decrease in donations and an increase in need.

Following the month-long campaign, food collected by the Lower Colorado Region employees was transported by the truckloads on September 23 to the EABC foodbank for distribution to families in Boulder City, Nevada. Food donations to the EABC pantry are low during the summer, so the huge amount of food collected for people and their pets was nearly perfect timing.

"Our shelves were nearly empty yesterday, but Reclamation's contribution more than restocked our supply," EABC Secretary Helen Breeden noted. "Daily, we provide more than 250 shopping bags of food to people in need." EABC's all-volunteer staff provides food, rental, and utility assistance, as well as other additional needs services such as transportation to local residents and travelers who may be stranded. with no resources remaining to continue their journey.

On September 18, the Lower Colorado Regional Office's Reclamation Employee Association (REA) hosted an enthusiastic "Bring a can - Get a popsicle" rally to bolster the final food collection efforts. As with the region's previous year's food drive efforts, REA also conducted its annual collection box decorating contest – with the Resource Management Office and Human Resources Office collection boxes being judged as the "Most Creative" and "Most Popular" entries.

"This year's campaign at the Regional Office was conducted during the late summer months for a critical reason," said Maria Romasanta, president of the Regional REA "Every day, working parents in Southern Nevada face an unthinkable choice between feeding their families and paying the bills. Many single individuals including our honored veterans are also going hungry. Sadly, one of every six Southern Nevadans struggles with hunger and nearly 60 percent of children in the Clark County School district receive free or reduced price meals."

Since 2008, southern Nevada saw a change in the dynamic of poverty due to the pervasiveness of the recession. Southern Nevada suffered sustained unemployment - peaking at nearly 15 percent. After years of boom that abruptly ended in early 2009, many families experienced situational poverty for the first time in their lives. Unemployment skyrocketed across the suburban sprawl and foreclosures hit an all-time high. Families everywhere are struggling with unprecedented debt. First time users of food pantries became the norm. While the economy continues its slow recovery, these lasting effects take time to heal.

"Though the official drive in our Reclamation Region may have concluded, it's never too late to donate to a foodbank in your local neighborhood or community," Romasanta said. "Donations of food and household items can be made year-round directly to a food pantry of your choice." 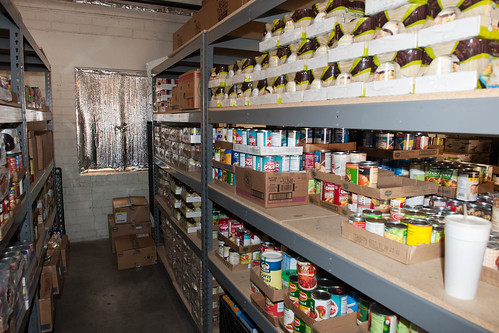 Full Pantry at the Emergency Aid of Boulder City. 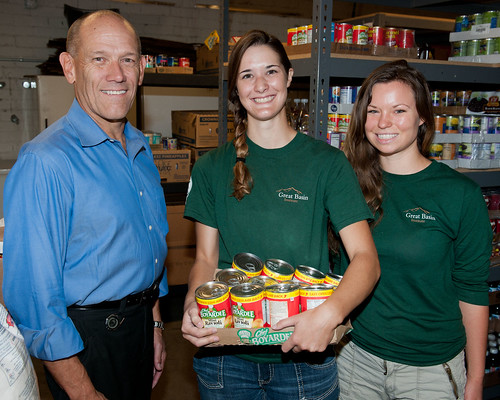 At Reclamation's Feds Feed Families delivery LC RD Terry Fulp (right) met two Americorp Volunteers. Middle is Mindy Grabko who recently earned her degree in Outdoor Recreation Management from Northern Michigan University and on the right is Jessica Veldman who completed her MBA in International Management at the University of Memphis. Currently volunteering through Nevada's Great Basin Institute Americorp program, both are excited and ready for jobs in the 'real world'.