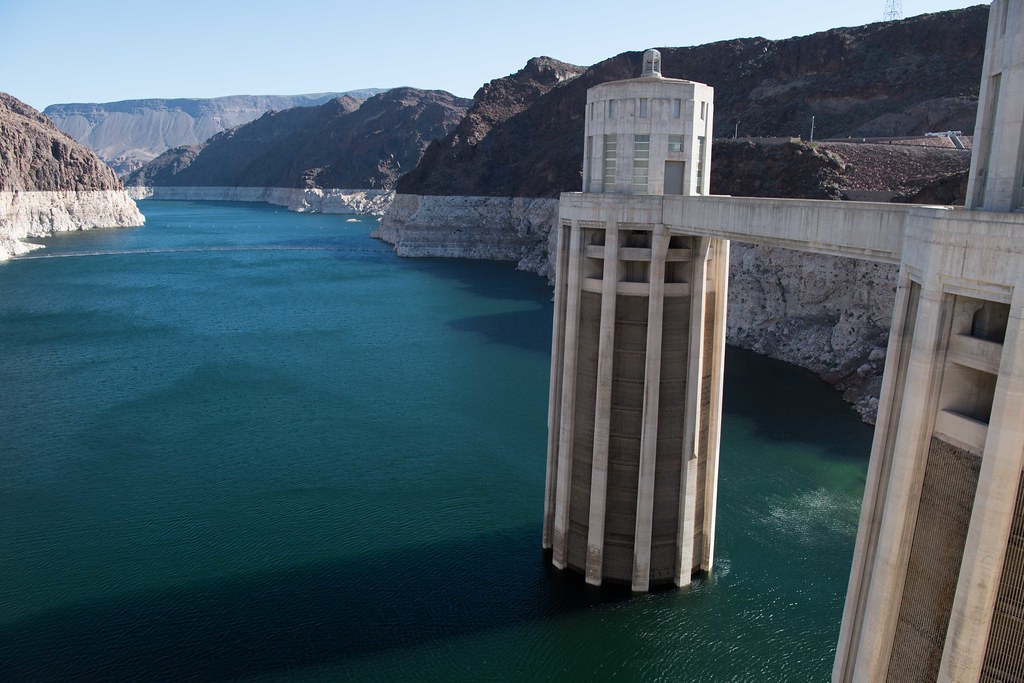 Hoover Dam with Lake Mead's elevation at 1088.14 feet above sea level.WASHINGTON - 2018 has brought record-low snowpack levels to many locations in the Colorado River Basin, making this the driest 19-year period on record. With the depressed snowpack and warming conditions, experts indicate that runoff from the Rocky Mountains into Lake Powell this spring will yield only 42 percent of the long-term average.

With drought and low runoff conditions dating back to 2000, this current period is one of the worst drought cycles over the past 1,200 plus years.

While many water users in the Colorado River Basin have already experienced significant hardships, three factors have avoided a crisis – so far – in the Basin:

The infrastructure built by prior generations is working, but the best information available shows a high likelihood of significant water reductions in the Colorado River Basin in the years ahead. Concerns are increasing as forecast models predict a 52 percent chance of shortage conditions at Lake Mead beginning in 2020, with a greater than 60 percent likelihood of shortage thereafter. Over the past decade, the risk of declining to critical reservoir levels has approximately tripled.

Following strong calls for action in 2017, Reclamation Commissioner Brenda Burman is focused on the increased risk from another dry year in the Colorado River Basin. She noted that there is no indication that the current low runoff and drought conditions will end anytime soon. She emphasized that the extended drought and increased risk of crisis in the Colorado River Basin requires prompt action.

"We need action and we need it now. We can’t afford to wait for a crisis before we implement drought contingency plans," said Reclamation Commissioner Burman. "We all—states, tribes, water districts, non-governmental organizations—have an obligation and responsibility to work together to meet the needs of over 40 million people who depend on reliable water and power from the Colorado River. I’m calling on the Colorado River basin states to put real – and effective – drought contingency plans in place before the end of this year."

In 2017, the United States and Mexico agreed to a new strategy that would lead to increased savings of water by Mexico, but that agreement will only go into effect if the Lower Basin states of Arizona, California and Nevada finalize their drought contingency plan.

The following individual statements were provided by the Governors' Representatives of the Colorado River Basin States:

Projections of Lake Powell and Lake Mead operations for the next five years can be found at https://go.usa.gov/xQNM7.