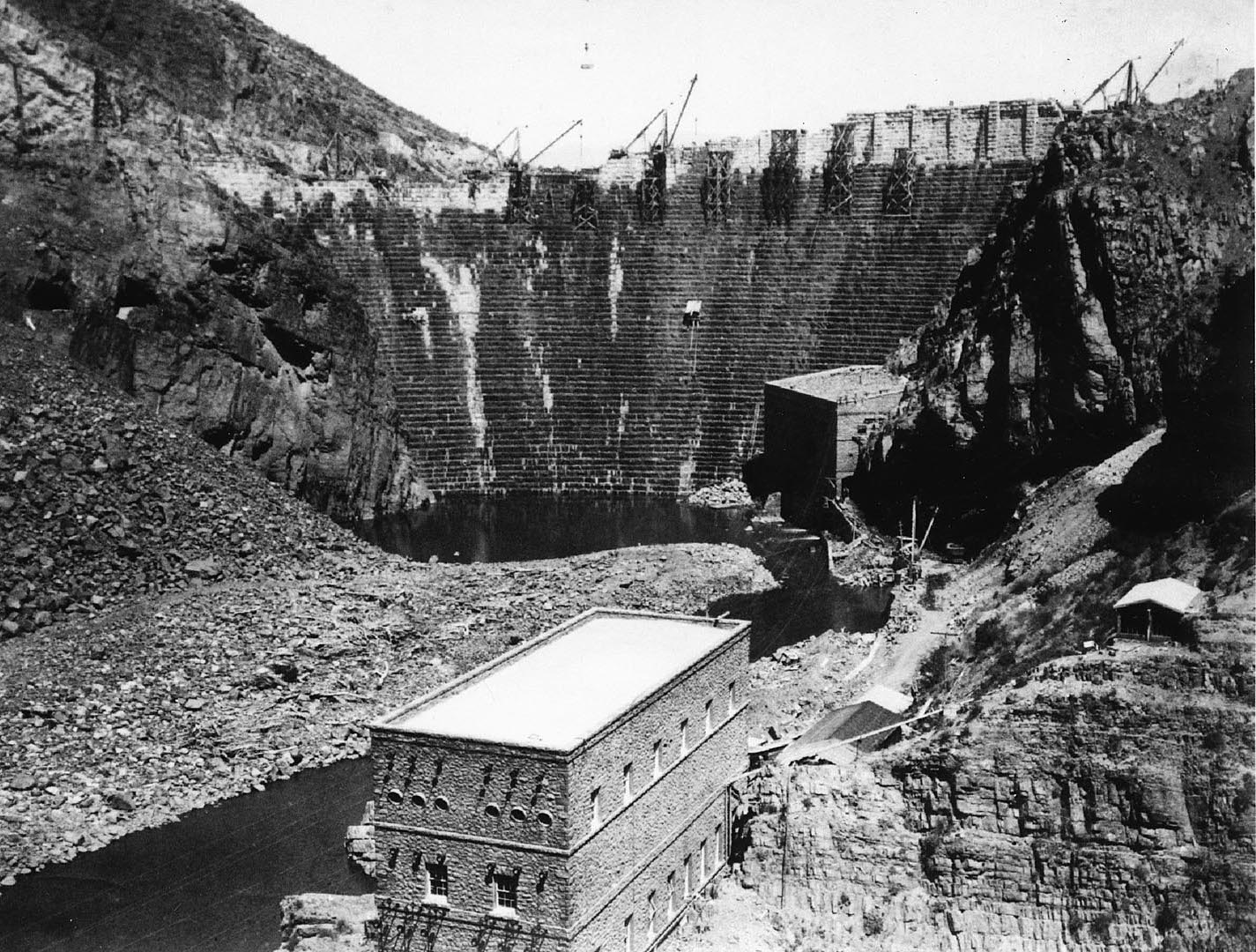 Roosevelt Dam and Powerhouse under construction in 1909PHOENIX – One hundred years ago today, the U.S. Bureau of Reclamation for the first time transferred operational control of a federal reclamation project – the Salt River Reclamation Project – to a local entity – the Salt River Valley Water Users’ Association – pursuant to an operating agreement that jump started a sleepy desert region and created a partnership that continues to benefit the Valley, Arizona and the nation a century later.

Effective Nov. 1, 1917, the agreement between Reclamation and what today is commonly known as the Salt River Project, or SRP, led to an unprecedented public-private partnership in Arizona between a group of farmers and landowners and the federal government that made it easier and more economical to develop and encourage settlement of arid lands of the West.

From this partnership, the federal government retained title and ownership of the Salt River Reclamation Project dams, canals, wells and hydropower plants while SRP became financially independent of the federal government and assumed responsibility for operation, maintenance and future improvements of those facilities. The agreement encompasses Theodore Roosevelt Dam – along with the six other dams on the Salt and Verde rivers – which today is the cornerstone in storing more than two-thirds of SRP’s water supply and delivering water to the nation’s fifth-largest metropolitan area.

“This historic agreement was the first – and remains the most successful – federal reclamation project completely operated by a local entity, Salt River Project,” said SRP President David Rousseau, who last month hosted more than 110 government officials and private sector guests in Washington, D.C., to celebrate the centennial anniversary and the Sept. 6, 1917, signing of the contract.

“This new public-private partnership helped foster Arizona statehood and the growth of the city of Phoenix,” said Rousseau. “It created a sense of community built around shared responsibility – more shared risk and shared benefits than either side could have achieved on its own – and enabled the early settlers of the Salt River Valley better control over their economic future. After 100 years, that unique framework is still working today to achieve its original goals of reliable water and power while also meeting new challenges.”

Alan Mikkelsen, acting commissioner for the Bureau of Reclamation, spoke on behalf of Secretary of the Interior Ryan Zinke at the centennial reception in Washington attended by, among others, Sen. Jeff Flake and Reps. Trent Franks, Raúl Grijalva, David Schweikert, Paul Gosar, Martha McSally, Ruben Gallego, Andy Biggs and Tom O’Halleran. Among the SRP hosts at the centennial celebration were Rousseau, Vice President John Hoopes and General Manager/CEO Mark Bonsall.

“Arizona settlers needed water and they needed power. Reclamation and the Salt River Project provided both of those, and a whole new way of life was made possible,” said Mikkelsen. “This century has benefited not only the Project and Reclamation, but it has really provided a benefit to the American people for what Arizona brings to the national culture.”

Rousseau also pointed out that in August, the National Park Service announced that five SRP dams, along with the SRP diversion dam at Granite Reef and the canal conveyance system, have been added to the National Register of Historic Places – the federal government’s official list of historic and archaeological resources deemed worthy of preservation.

Those sites include Bartlett, Horse Mesa, Horseshoe, Mormon Flat and Stewart Mountain dams; SRP’s 130-mile water conveyance system, including SRP’s canals; Granite Reef Diversion Dam and its gatekeeper’s house; and the Crosscut Hydro Plant. C.C Cragin and Roosevelt dams were not included, as Cragin is not part of the original SRP system and Roosevelt was removed from the National Register after it was extensively modified in the 1990s to ensure it could withstand a major flood event. Roosevelt Dam’s power plant and associated transformer house remain on the National Register, however.

Historical photos and a video about how SRP has evolved over the past 100 years thanks to its partnership with Reclamation is available at the SRP Newsroom at https://srpnewsroom.smugmug.com/In-the-News/SRPReclamation-Centennial/.