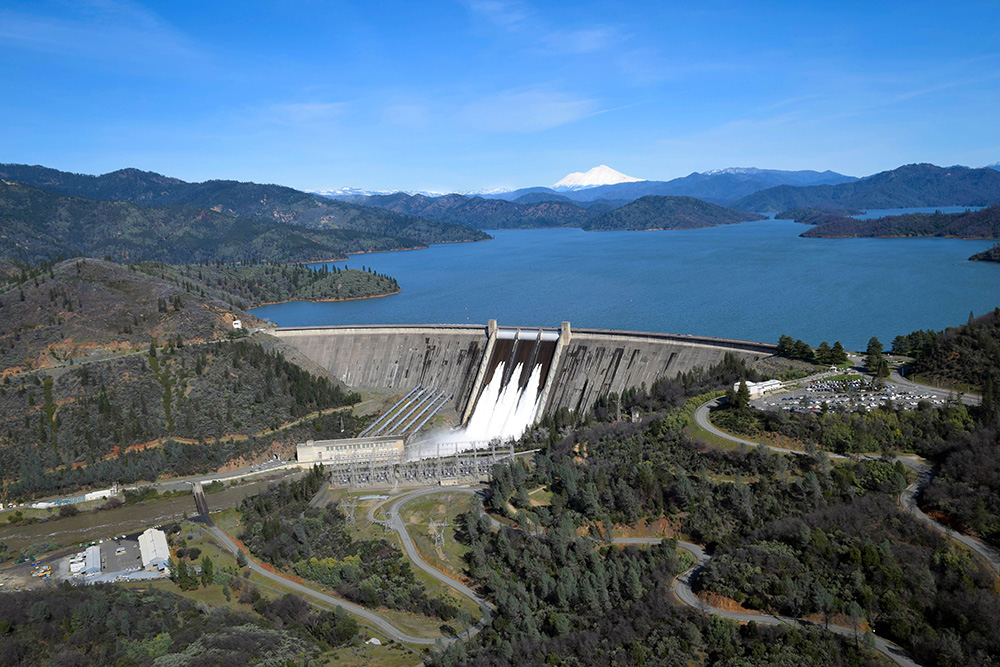 Shasta Dam REDDING, Calif. - The Bureau of Reclamation has proposed raising the Shasta Dam and is seeking public input on the Shasta Lake Water Resources Investigation Draft Supplemental Environmental Impact Statement. By raising the 600-foot-tall Shasta Dam by 3% or an additional 18.5 feet, the proposed project would increase water storage capacity in the Shasta Lake reservoir by 634,000 acre-feet or more than 200 billion gallons—enough water to support two million people a year.

“The Trump Administration is committed to delivering reliable water to Californians and throughout the West, and long overdue investments need to be made in California’s aging infrastructure to meet current demands,” said Commissioner Brenda Burman. “California simply does not have enough carryover storage, and this is a strategic project that is smart, cost-effective and an environmentally sound investment for California.”

In October 2018, President Trump issued a Memorandum on Promoting the Reliable Supply and Delivery of Water in the West. The memo spells out how during the 20th century the federal government invested enormous resources in water infrastructure throughout the western United States, including California, to reduce flood risks to communities; provide reliable water supplies for farms, families, businesses and fish and wildlife; and generate dependable hydropower.

The dedicated environmental storage from the dam raise would improve water quality in the Sacramento River below the dam by lowering water temperatures for anadromous fish survival, such as Chinook salmon and other fish that migrate from the ocean to rivers to spawn. Modeling results conducted in accordance with the 2019 Biological Opinions show lower water temperatures enhance fish survival for all months and water year types within the temperature management season.

A Draft Supplemental EIS is used when new or updated information becomes available after the publication of the Final EIS. Since 2015, Reclamation identified several key areas that required updating and initiated preparation of the Draft Supplemental EIS in accordance with the National Environmental Policy Act and is making it available for a 45-day comment period. The supplemental document provides information relevant to Reclamation’s application of Clean Water Act Section 404(r), updates modeling to be reflective of the 2019 Biological Opinions and provides an updated analysis on effects to the McCloud River.

Background
Congress first directed Reclamation to look at the feasibility of raising Shasta Dam in the 1980s. More recently, recognizing the need for increased surface water storage and the need to find funding mechanisms that work in today’s vastly over-stretched federal budget, Congress passed the Water Infrastructure Improvements for the Nation Act in 2016 with broad bipartisan support.