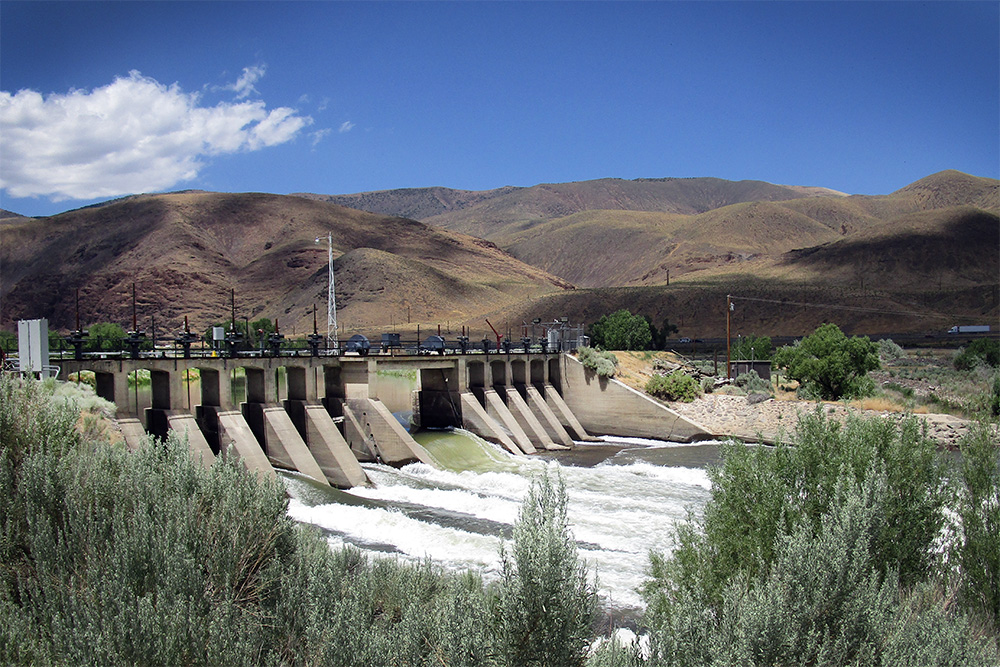 Derby Dam. (USBR photo/Donna Potter)SPARKS, Nev. – The Bureau of Reclamation joined its partners today at Derby Dam to celebrate the start of a $23.3-million infrastructure project that promises to greatly improve passage for Lahontan cutthroat trout journeying to upstream rearing and spawning habitat for the first time in a century.