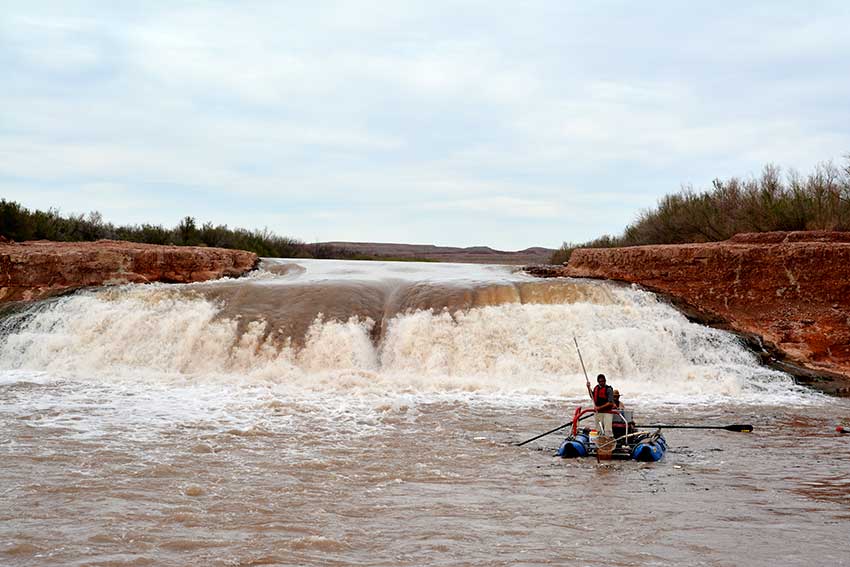 Piute Farms Waterfall SALT LAKE CITY - Prolonged drought and increased water use in the southwest United States have led to shrinking reservoirs and the emergence of natural features that are affecting endangered species and river recreation. One feature, a waterfall known as the Piute Farms Waterfall, has formed in an area upstream of Lake Powell where the San Juan River serves as a border between the Navajo Nation to the south and Glen Canyon National Recreation Area to the north. Since the late 1980’s, this waterfall formed from interactions among reservoir levels and sedimentation that redirected the San Juan River over a 20-foot high sandstone ledge. Until recently, little was known about its effect on two endangered fishes.

A new study published in the journal River Research and Applications provides insight into the magnitude of the effect this waterfall has on endangered fishes.

“Even though we knew the waterfall existed for decades, nobody knew how it affected the Colorado pikeminnow and razorback sucker, two endangered species that are the focus of a large interdisciplinary recovery program,” explained Dr. Mark McKinstry, a research biologist from the Bureau of Reclamation and one of the coauthors of the study.

Since the inception of recovery programs in the Colorado River Basin in the early 1990’s, endangered fishes have been tagged with “microchip” radio transmitters like those used to keep track of dogs, cats, and livestock. More recently, tag detection technology has allowed the construction of antennas that are small, portable, and submersible, thus allowing them to be used in places that were not feasible just a few years ago.

Given recent water consumption and climate patterns, reservoir levels may be less than what is required to provide unimpeded fish passage in the long-term. This phenomenon is not isolated to the San Juan River. In fact, another emergent rapid and potential barrier in the Colorado River downstream of the Grand Canyon is so dangerous that the National Park Service constructed a multi-million-dollar road so river rafters could avoid the rapid by taking their rafts out upstream. This rapid may also impact endangered fishes that move between Lake Mead and the Grand Canyon.

“We know connectivity is important to fishes but these emergent river-reservoir processes could be further stressing populations,” commented Casey Pennock, coauthor and graduate student at Kansas State University, “and its challenging researchers to better understand the resiliency of populations in systems that may never return to their historical conditions.”

More research at the waterfall will help to manage the two fish species by providing information for future fish passage and may shed some light on managing these unique features that could become more common in western rivers. 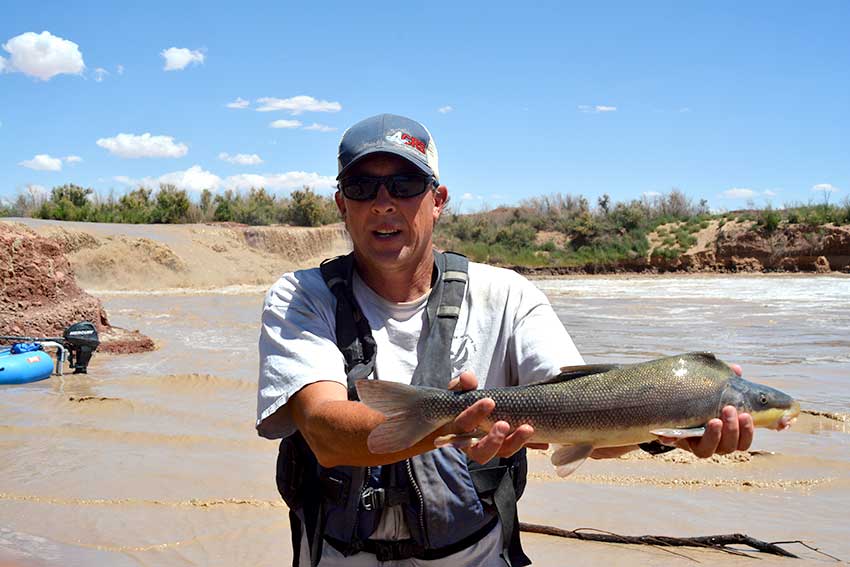