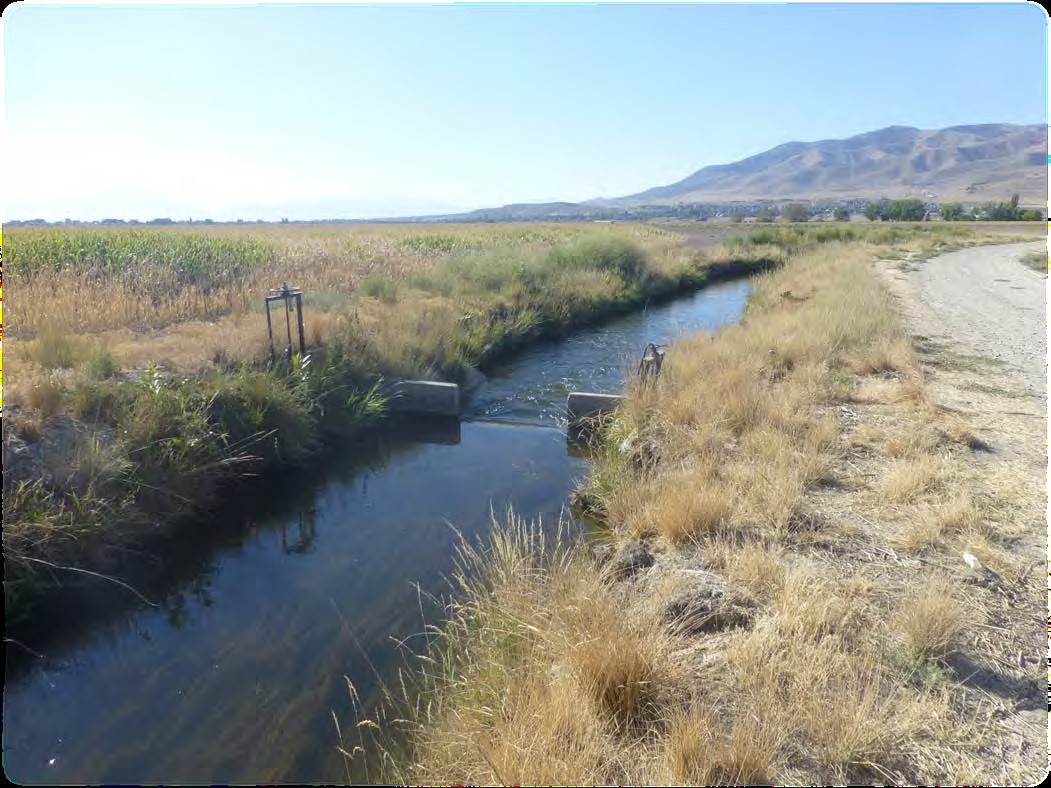 Provo River Project South Branch Canal SALT LAKE CITY – The Bureau of Reclamation notified Congress today of its intent to transfer ownership of the Provo River Project South Branch Canal to the Utah Lake Distributing Company (ULDC). This action continues the Trump Administration’s commitment to transferring appropriate water-related facilities to local ownership under the John D. Dingell Jr. Conservation, Management and Recreation Act (P.L. 116-9), which was signed by President Trump in March of 2019. The Act expedites the title transfer process for eligible projects, such as dams, canals and other water-related facilities. The proposed transfer is the seventh Reclamation water project transfer implemented under the Act.

“This title transfer is another example of the Trump Administration’s ongoing commitment to Western water users and communities. Transferring title to the Utah Lake Distributing Company allows them to work directly with public and private interests as the region continues to grow and develop,” said Department of the Interior Assistant Secretary of Water and Science Dr. Tim Petty. “This is a win for local water users, who will have more control over the canal’s future and a win for the American taxpayer, which will no longer have the liability and the responsibility of federal ownership.” The ULDC South Branch Canal located in northern Utah County, Utah, was constructed in the early 1950s as part of the federal Provo River Project. ULDC has operated and maintained the South Branch Canal since its construction and will continue to do so under this title transfer.

“This will be the fourth water project transfer under the Dingell Act in Utah this year,” said Reclamation’s Acting Regional Director Jacklynn Gould. “Transferring control and eliminating federal ownership provides added flexibility for Utah Lake Distributing Company to obtain maintenance funding and allows it to more fully manage the operation of the canal into the future.”

“Since the days of our pioneers, Utahns have always taken pride in the ability to move and manage water for our residents,” said Senator Mitt Romney. “The Utah Lake Distributing Company was born in those early days of moving and managing water for key agriculture communities in our state. Today, they provide water for residents in some of the fastest growing cities in the country. Owning the canal and infrastructure, which they have successfully managed for over 83 years, will allow ULDC to be more efficient and responsive to maintaining and fulfilling their mission. I appreciate the work of Secretary Bernhardt, whose policy decisions continue to prioritize the role local communities have in the decisions over their land and water.”

“I commend the Department of the Interior and the Bureau of Reclamation for working with the Utah Lake Distributing Company to propose another title transfer in Utah,” said Senator Mike Lee. “Gaining title to the Utah Lake Distribution Company South Branch Canal would give the District more flexibility to manage its infrastructure and better serve water users. This transfer would be a true win-win for the District and the Bureau of Reclamation.”

“With the removal of federal involvement, the Utah Lake Distributing Company will become more efficient, cost-effective, and adept at planning and conducting the necessary future canal improvements and repairs,” said ULDC’s Acting President Scott Holbrook. “Moreover, as the surrounding area rapidly urbanizes, ULDC will be in a position to better manage the canal and its rights of way in the best interests of our shareholders, which include local municipalities. We look forward in continuing our careful stewardship of this important local resource.”

Today’s action begins a 90-day congressional review period, after which the Department of the Interior will complete the ownership transfer unless Congress enacts a joint resolution disapproving the transfer within that time period.